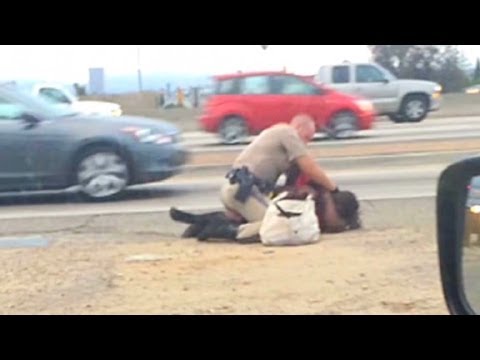 CNN: “A highway patrol officer was caught on camera hitting a woman with what a witness says were “knockout punches.”

“The officer said the woman was walking barefoot along the freeway on Tuesday and refused to stop when asked. The video shows the cop tackle her, pin her down, and start pummeling her in the face as she tries to shield her head. A passing driver, David Diaz, filmed the encounter and released it on Friday.

“He just pounded her,” Diaz told CBS Los Angeles. “If you look at the video, there are 15 hits. To the head, and not just simple jabs. These are blows to the head. Blows. Really serious blows. And this is ridiculous to me.” ”