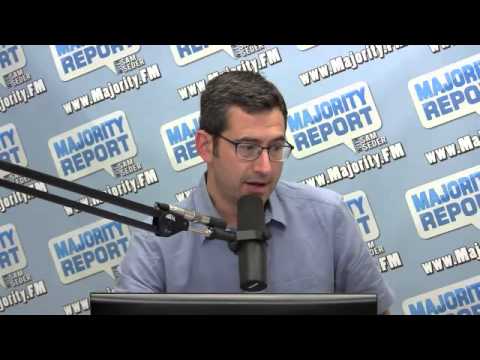 Today is the anniversary of the overthrow of Muhammad Morsi in Egypt, one year ago. I have a detailed account of this event and of the movement that led up to it in my new book, The New Arabs, which came out Tuesday. Here are some interviews I’ve done around it recently.

I was on The Majority Report with Sam Seder on Wednesday talking about my new book on the Arab Gen Y or Millennials, youth born from the late 1970s through about the year 2000, and their values and politics.

I was also on PRI’s The World on Wednesday:

“She wears dark[-rimmed] glasses and she is a voracious reader,” Cole says. “She’ll read existentialist literature by eastern European writers exiled to Paris in the 1960s. She’ll read medieval and early modern thought. And she formed an organization, Al Bawsala, which monitored the drafting of the new constitution after the revolution, and looked at the position of women in it, and civil liberties and just kept the pressure on the members of the constituent assembly to observe international human rights norms with some great success.”

Cole calls Yahyaoui “particularly courageous and outspoken,” but argues that her values are widely shared among millennial Arabs.

On Tuesday, William O’Connor did a thorough and sympathetic review of the book for The Daily Beast; I was impressed that he took the time to interview me as well as reading and presenting the book itself!

“In his book, Cole looks at youth movements in three of the countries in the center of the Arab Spring—Libya, Tunisia, and Egypt. He examines not only why they rebelled, but also how. He traces the activities primarily of liberal, secular, and daring bloggers in the run-up to, during, and after the revolutions.”