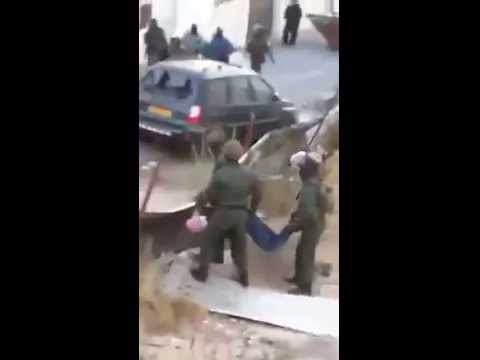 The abduction and killing of three young Israelis has brought to the fore painful memories for Israelis of the second Intifada. But in spite of their horrendous fate levels of violence on both sides have actually remained relatively low over past years. Nor has Palestinian society shown any real appetite for a new uprising against Israel’s occupation.

While hopefully a one off, the killing of the young settlers is a symptom of deeper issues caused by Israel’s policy of occupation. For Israel it also represents an attack on the sense of normality that it has sought to instil in the occupied territories.

With the dwindling prospects of achieving a long sought after two-state solution and an increasingly disenfranchised Palestinian society, there is little doubt that the status quo has been unsustainable for quite some time.

In the absence of any diplomatic breakthrough or significant improvements in the lives of Palestinians in the OPTs a far more serious escalation will occur, whether tomorrow, next year or in a decade’s time. The question then is not if, but when and where. If developments witnessed over the last 48 hours become a trend, odds are that it could be sooner rather than later.

Israeli punitive actions, although ostensibly aimed at Hamas and its supporters, risk a serious wave of unrest in both the West Bank and Gaza which once unleashed will prove difficult to control, and even harder to predict. Justice minister Tzipi Livni as well as IDF officers such as Chief of Staff Benny Gantz are well aware of this and have advocated more “measured” military action in response to the killings. But emotions are running high amongst Israelis and it is unclear whether more rationale voices in the security cabinet will be able to prevail over hardliners such as Israel’s Minister of the Economy Naftali Bennett.

So far Israel’s reaction has been textbook, deploying overwhelming and disproportional force to collectively punish Palestinians and “mow the lawn” in Gaza and the West Bank. Beyond the stated objectives of retrieving the missing settlers and destroying Hamas infrastructure the IDF has sought to restore Israeli deterrence capacity against future Palestinian violence by reminding Palestinians of Israel’s overwhelming military might with one simple message: resistance is futile.

Israeli reactions have also been guided by ideological concerns. Even before funeral services had been held supporters of the settler movement such as Defence Minister Moshe Ya’alon and Communications Minister Gilad Erdan had begun calling for the expansion of Israeli settlements.

The current situation also gives Israel Prime Minister Netanyahu the opportunity to fulfil his ambition of derailing Palestinian reconciliation between Hamas and Fatah, and wreaking the recently announced Palestinian unity government. Despite having initially received US and EU backing, the veneer of international legitimacy is fast fading from the new Palestinian government. Meanwhile President Abbas is coming under increasing pressure to renege on his deal with Hamas, or risk be painted as an accomplice to the kidnappings and face Israeli punitive measures against the Palestinian Authority. Either way, the national unity government’s days seem numbered.

Hugh Lovatt is Israel/Palestine Project Coordinator at the European Council on Foreign Relations.