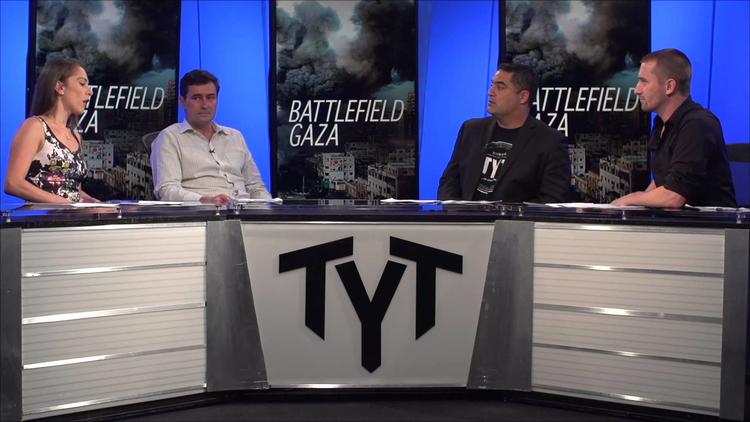 It has been a month since the current war in Gaza started. The number of casualties is beyond our ability to comprehend. Every Israeli or Palestinian that dies breaks not only the heart but also any chance for rapprochement in the foreseeable future. While both sides are attempting to shape public perceptions (and some pro-Palestinian sites err in descending into anti-Semitism or making fruitless analogies to Syria), I want here to make some points about what is distinctive in this war about Israeli “Hasbara” or propaganda.

On the pro-Israel side, the publicity effort crossed a previous red line: outsourcing of the Israeli ‘Hasbara’ (propaganda). Following the spirit that overflowed Israel in the recent decades, the time has come to outsource the propaganda machine. Fox News has never been more popular in Israel, and memes taken from substandard newscasts pop up everywhere on the social media. Organizations such as “Stand with US” and “We Stand with Israel” disseminate false information that serves only to incite people around the world to make a stand against the Palestinians.

The Facebook page of “We Stand with Israel” still shows a picture from a public school in an Arab town in Israel of kids celebrating the miraculous night journey of prophet Mohammad, the caption however takes the photo completely out of context and explain that the kids were actually “rooting” for Hamas. The photo was taken two months before the war erupted and presented as if taken during the fighting. Even after the Israeli Ministry of Education clarified that the caption was taken out of context, this meme was still posted as “revealing the real nature of the Palestinians,” even those live in Israel.

Another active actor is “Ask Dr. Brown.” In the propaganda war, all means are legitimate. This map also went viral on the social media, asking, in English of course: “how did you sleep?” Asking Americans or Europeans how they slept might be addressing the wrong crowd. I would very much like to know how the people in Gaza slept the same night. Make no mistake, being at the risk of having rocket targeting your home is the gravest of all. One who never experienced it will never know. However, can someone really compare the risk of living anywhere in Israel, to the risk of living anywhere in Gaza?

The appeal to a common “Judeo-Christian civilization” became prominent in other media outlets as well. A usually highly professional source, such as NPR interviews on a daily basis speakers for both Palestine and Israel. The Israelis on air are usually U.S. born Israeli diplomats, who speak polished American English, or rather Republican-American English. The Palestinian speakers, no matter how eloquent always have this accent, which in the American popular culture is identified with the villain, hence once again (and I really do not know how intentional it is) signaling the Israelis are just like us. The Palestinians– well, think about it. Dehumanization is a huge part of the problem here.

Yet another campaign portrays cities in the West (London, NY, Paris) attacked by rockets or surprised by tunnels, raising yet again the question: “what would you do?” Is there any way possible to ask this question out of context? Is England currently in territorial dispute with any nation whose land it occupies or shutters its economy? Has NY City imposed a blockade on the civilian population of New Jersey that merited digging tunnels into the city?

Another facet of this out-of-context campaign is showing recognized symbols like the Mona Lisa, or Lady Liberty veiled in an equally recognized Muslim symbols (kafiyeh, green robes, veil), in hopes of associating everyday items in Muslim life with some sort of vague threat. This kind of campaign is even more dangerous than those listed above. This one can be used to fuel Islamophobia and other sectarian tensions in already highly intense times.

The point of this propaganda is aligning the world (i.e. the West) with Israel. Make them understand that we, Israelis, are more like you, Westerners. We are peace-loving people, not like those “animals.” But of course, there are only humans in this conflict, and none are more equal than the others.

Lior Sternfeld has just successfully defended his Ph.D. dissertation in History at the University of Texas, Austin