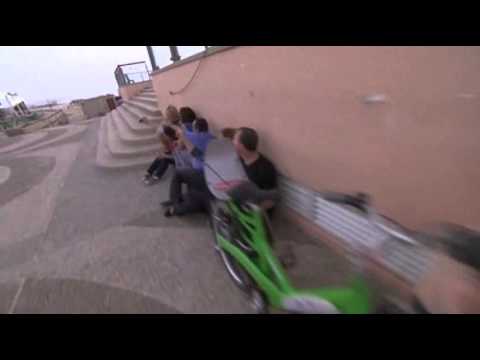 Gaza invasion gets underway as pressure mounts on Netanyahu

Protective Edge began on July 8, with the stated goal of protecting Israeli citizens from the rocket attacks of Hamas and Islamic Jihad militants. But whatever long-term advances Israel end up making, the conflict has already incurred a huge cost: the loss of a great many Palestinian lives, among them many children, and deep damage to Israel’s international legitimacy.

While the international media gave what seemed like strong initial support for Netanyahu’s actions, the disproportionate nature of the Israeli response, highlighted by the deaths of four Palestinian children playing soccer on a beach on July 16, has started to earn Netanyahu’s government harsh condemnation.

The “collateral damage” of Palestinian civilian deaths is, of course, the principal reason for this.

The Israeli Defence Force (IDF) possesses some of the world’s most cutting-edge military technology, most famously the Iron Dome defensive missile shield, but its use of targeted strikes in Gaza is deeply problematic. Even if the IDF is able to clearly identify the location of key militants and their strategic sites, the population density inside the “world’s largest prison” means that collateral damage is inevitable.

Despite Israeli suggestions that Hamas and Islamic Jihad use civilians as shields and thereby put them in harm’s way, an Amnesty International report into Operation Cast Lead, the Israeli incursion into Gaza in 2008, found no evidence that either group engaged in such practices. Some suggest that the aggressive Israeli response is a form of collective punishment in response to militant attacks, which, if true, would be a clear breach of the Geneva Conventions, yet other factors are also driving Israel’s actions.

Even through a five-hour UN-negotiated humanitarian truce, the rhetoric coming from Jerusalem maintained a hard line against growing international froideur. To many observers, it is unclear why exactly Netanyahu is staking out such a stubborn and aggressive position.

The war at home

Part of the reason is that the ongoing Gaza crisis has lately been creating havoc in Israel’s domestic politics. Netanyahu’s coalition government has been hanging by a thread ever since his key ally and foreign minister Avigdor Lieberman withdrew his party from it just before Operation Protective Edge began.

Lieberman’s right-wing, secularist Yisrael Beitanu party won 11 seats in the 2013 election, running on a joint list with Netanyahu’s Likud party. Its exit from the coalition reflected what Lieberman called “substantial and fundamental differences” between himself and Netanyahu over what should be done about Hamas rocket attacks on Israel.

Throughout the current hostilities, Lieberman – who remains foreign minister – has continued to voice his firm belief that Israel must dominate Hamas, going so far as to say the operation will not be complete until Israel is in full control of Gaza.

Lieberman’s harsh views on Hamas are not news, but his decision to leave the coalition forced Netanyahu to respond in a way that would appease the Israeli political right, which is a mixture of religious groups and more hawkish, security-minded factions.

The continued prominence of Lieberman’s voice throughout the conflict is a reminder that while Netanyahu’s actions are certainly motivated by a desire to destroy the militant elements in Hamas and Islamic Jihad, he is also fighting against domestic threats to his own position.

Meanwhile, regardless of the motivation behind Israel’s actions, it is the Palestinian population of Gaza who are paying a terrible price.

Simon Mabon is Lecturer in International Relations at Lancaster University

Channel 4 News: “‘Why did they destroy a hospital’? The latest from Gaza”