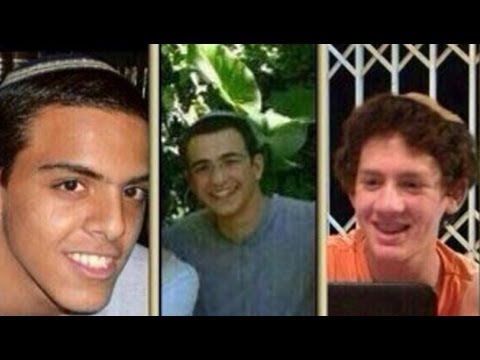 In a stunning revelation published by the Jewish daily news magazine, Forward, JJ Goldberg uncovers an almost pathological new low for PM Netanyahu’s deceptive ‘bait and switch’ style of political warfare. Goldberg reports that Israeli intelligence concluded the three Israeli Yeshiva students killed by Palestinian gunmen were slain within hours of being kidnapped. Yet, Netanyahu issued a gag order that prevented government officials and journalists who were privy to the knees from reporting it.

“The initial evidence was the recording of victim Gil-ad Shaer’s desperate cellphone call to Moked 100, Israel’s 911. When the tape reached the security services the next morning — neglected for hours by Moked 100 staff — the teen was heard whispering “They’ve kidnapped me” (“hatfu oti”) followed by shouts of “Heads down,” then gunfire, two groans, more shots, then singing in Arabic. That evening searchers found the kidnappers’ abandoned, torched Hyundai, with eight bullet holes and the boys’ DNA. There was no doubt.”

In addition, Netanyahu and others in the Israeli government knew from the beginning that the killings were carried out by a rogue Hamas-affiliated group from Hebron and was not ordered by Hamas leadership. The perpetrators eventually arrested were widely known to have taken other actions on their own in order to embarrass or discredit Hamas.

The entire narrative that Netanyahu has spun since this tragic kidnapping was first uncovered is false. Not only did the PM unconditionally charge Hamas for the kidnappings, he also set in motion weeks of house-to-house searches, deportations and over 800 arrests of Palestinians, all under the pretense of looking for the killers and the fake assumption that the three teenagers were still alive.

When non-Hamas militants launched rockets into southern Israel in response to the raids and arrests, Israel bore down harder, eventually bombing Gaza, drawing Hamas into the conflict and launching “Operation Edge”.

Pundits in both the US and Israel are fond of claiming that neither Hamas nor Israel will benefit from the current fighting, especially if Israel launches a ground war. In truth, hundreds of Palestinians have been killed or injured in service to the narrow political interests of a Prime Minister skilled at covering up his own weak leadership through dramatic displays of political and military pyrotechnics.

Netanyahu abdicated his responsibility to defuse an explosive situation. He could have done so by identifying key suspects and declaring, hard as that would be, that the three boys were murdered soon after being kidnapped. Instead of carrying out an investigation of killings by pathological extremists, Netanyahu treated the kidnapping as an act of war. Palestinian civilians are paying the price.

Carlyn Meyer, former editor of the blog Read Between the Lines writes on politics from her home in Chicago.