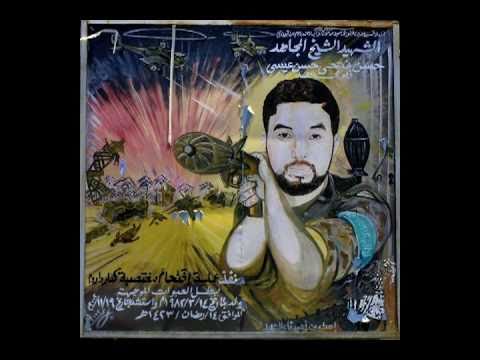 By Mariam Elba via Waging Nonviolence

It’s hard to find the words to encapsulate how infuriating and sorrowful the situation is getting to be in Gaza. As of this writing, over 750 Palestinians — the overwhelming majority are civilians — have been killed in Gaza. Over a quarter are believed to be children. Facing the most difficult of circumstances, we are seeing the resilience of Palestinian youth through the simplest, yet most powerful of mediums: creative arts intervention.

A Palestinian blogger from Gaza, Refaat Alareer has been collecting digital altercations of photos of Israeli airstrikes exploding over their communities. Within the clouds of smoke and debris, are various pictures. Some contain nationalist Palestinian symbols, others simple drawings of faces. These faces range from having solemn expressions to those that are crying over the destruction below them.

This is a trending artform called “smoke art photography.” One of these young Palestinian artists, Bushra Shanan, a graphic designer from Hebron in the occupied West Bank, captioned one of her photos (seen above): “This is how they see it, this is how we see it.” These works of art are a way for these Palestinians to tell their own stories, an opportunity to show what western media won’t allow them to. These artists are challenging the portrayal of Palestinians in mainstream media and taking it upon themselves to change it.

These photos have been shared widely on social media and are windows into the dreams and imagination of Palestinian youth living under constant siege. Many of these works are anonymous. These images remind us of how we looked up at the clouds as children to see shapes of animals, dragons, people, faces — anything one’s imagination could conjure. It’s also a grim reminder that under this destructive black cloud there are people who are affected by this persistent violence. It’s almost as if these faces are looking at Gaza, surveying the damage and mourning over what had happened.

This is not the only time we have seen Palestinians turn reminders of their besiegement into art. We can look to examples such as Palestinians in the West Bank turning the tear gas canisters shot at them into potted plants, or young Palestinians practicing parkour using the dense neighborhoods they live in as obstacles.

This is how these young people want to be represented and remembered. Not as mere numbers. Not as mangled corpses lying in concrete rubble. But as children that see shapes and figures and pictures even in the most horrific and brutal of circumstances. They are reminding the rest of the world that they too are people who value life and want to live as the rest of the world does: quietly. These altered photos are one of the most vital examples we have of how Palestinians in Gaza are coping with the consistent presence of death surrounding them.

ART OF WAR – THE GRAFFITI OF GAZA