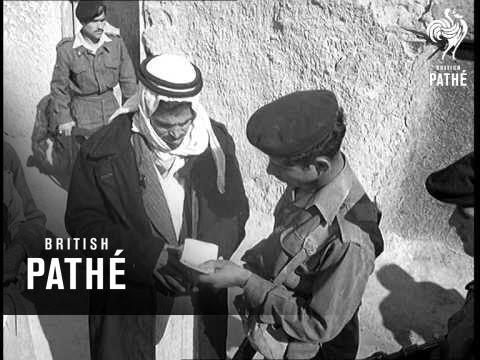 This British “report” suggests that Palestinians in Gaza were all right with being militarily occupied by the Israeli army in 1956-1957 before an absolutely furious President Dwight Eisenhower forced PM David Ben Gurion to withdraw. (Israel, Britain and France had jointly launched an unprovoked war of aggression on Egypt in late October, 1956, during which Israel occupied Gaza and Sinai; when Eisenhower figured out what was going on he angrily denounced the three aggressors as a danger to the United Nations framework of international law). This report configures the Israeli Occupation as natural or indigenous, and speaks of Arab Egyptians as “foreigners” trying to “infiltrate.”

The report does not note that the “refugees” in Gaza (the vast majority of the population) had been ethnically cleansed from their homes and farms in what became southern Israel and then locked up in the Gaza Strip, then temporarily under Egyptian stewardship. Now the Israelis had come after them again. The “report” gives no evidence that the Palestinians (who are not interviewed) were all right with the occupation; as usual, they are just ventriloquist dummies made to say whatever the Western imperial press wanted them to say They had been so impoverished by Israeli aggression against them that they were reduced to living off milk rations from the United Nations. Very philosophical.