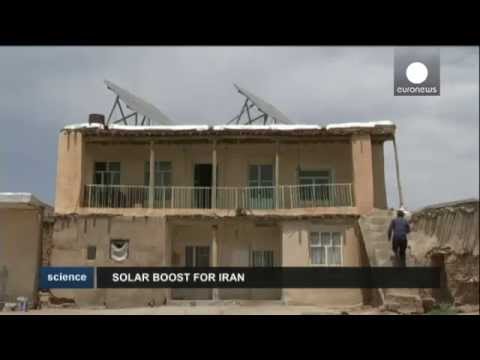 The US’s sometimes pseudo-antagonist, Iran, is apparently planning to spend $60 million on solar PV power projects this year, according to recent reports.

That represents a pretty significant uptick in the country’s investment into solar energy — up from “just” $12 million last year.

The focus is reported to be on rural areas that are otherwise completely dependent on diesel-powered generators — a good strategy, remote rural areas are certainly one place where solar PV really shines (no pun intended).

According to one of the senior officials at Iran’s Energy Ministry, the country recently passed a number of new laws intended to encourage and support domestic and foreign investment into renewable energy projects there. Notably, one of these is a feed-in tariff that just launched at the beginning of 2014 — which will be financed via surcharges on electricity bills.

The Iranian government has also apparently been installing large numbers of solar panels on rooftops around the country — everywhere from mosques, to schools, to government buildings — at over a 1,000 new locations.

While a large portion of the new capacity will surely be via wind energy, 500 MW of it will be via solar energy, as that portion of funding has been set aside for solar already.

For more information on that story, see: Iran Going Big With Renewables! 5,000 MW Of New Solar & Wind Capacity By 2018?