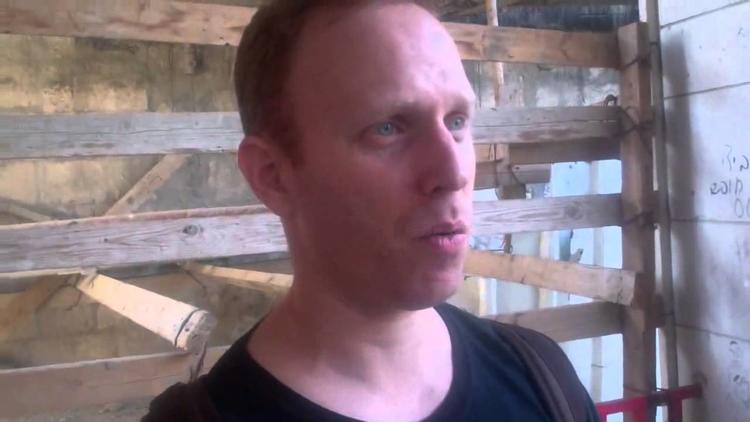 Is anyone else disgusted by the propaganda trick of trying to get Americans to sympathize with Israel’s massive attack on the civilian habitations of Gaza by saying “if the US was subjected to rocket fire by X [usually Mexicans], what would it do?”

This hope that Americans are racists and that their racism can be incited against the Palestinians is about the lowest rhetorical trick you could imagine.

I’m old enough to remember the race riots in American cities of the late 1960s and early 1970s. I can remember a prominent pro-Israel columnist for the Washington Post, way back then, explicitly comparing Palestinians protesting their occupation by Israel to African-Americans protesting their economic marginalization. The writer’s hope was that white Americans would identify with Israelis and come to see Palestinians as “Black.” Or, let’s face it, as the N-word.

Someone recently sent to my blog such a screed, saying, what if rockets from Quebec were slamming into Maine?

The comparison is not only repulsive because the author hopes that Americans are Anglo-Saxons who don’t like French Canadians (or French anything). Notice no one says “What if the white people of Windsor, Ontario, were sending rockets across the Detroit River onto Detroit?” That would get the race dynamics that the analogy is aiming at all wrong.

It is also insulting to the United States and its people. Because since the end of World War II, the United States gave up settler colonialism. Oh, it is frequently an imperial power, interfering in the fate of other countries and attempting to shape them in directions perceived to benefit Washington. But after the Philippines became independent, and despite the ambiguous status of Guam and Puerto Rico, the US is not a settler-colonial state.

The reason Israel is taking rocket fire from Gaza is that is is an Occupying Power over Gaza and won’t let the Palestinians of that territory have the rights that accrue to citizens of a state. The Israeli military decides the fate of 4.3 million Palestinians, who are denied basic popular sovereignty. Israel has Gaza non-combatant civilians under economic blockade, preventing people from exporting most of what they make. It has destroyed the airport and won’t let the Mediterranean port function. It has deliberately made 56% of the population food insecure, i.e. a couple of paychecks away from going hungry.

The United States isn’t behaving this way toward Quebec, or toward Mexico nowadays, whatever happened in the 19th century before we had the United Nations Charter and an attempt a crafting international law.

It is insulting to Americans for Israel chauvinists to imply that we are just like them, that we also gleefully have a jackboot on the necks of brown peoples beyond our borders, and that we would respond with the same disregard for non-combatant life as the Israeli air force if a few mostly harmless rockets fell on our side of the border. I don’t think we’d bomb the bejesus out of Montreal over some 8th grade chemistry experiments.

When you see that trope, know that you are not just being played. You are being assumed to be a racist and an international outlaw. It isn’t a nice comparison.

And as with all propaganda, what would be easier than turning it around? Imagine if the Chinese occupied Alabama and strode around Birmingham armed and in Chinese military uniforms. Imagine if they started importing millions of Chinese people into Alabama. What if they disarmed the Alabamans and pushed them off the land they’d lived on for centuries, stealing water and other resources? What if, when asked by now homeless families whose houses had been confiscated or blown up, what the reason was, the Chinese replied this way? That the Native Americans were East Asians & the ones who remained behind were ancestors of the Chinese and their eastern branch that crossed the Bering Straits became the original inhabitants of Alabama, and so China’s claim much preceded that of recent immigrants from Europe?

What do you think the people of Alabama would do to those Chinese occupiers and settlers?

(I apologize to my Chinese friends for the above. The whole thought experiment, being a form of racist propaganda, is inherently distasteful; I’m just showing what the other side of that argument might hypothetically look like).

So could we please stop doing politics by propaganda, false analogies, and appeal to the basest instincts of race-baiting? Could we please just analyze what is going on in Palestine?

Indeed, the Israeli Right has designs on other territory of its neighbors, having at one time or another tried to grab the Sinai Peninsula, southern Lebanon, parts of Syria, and its leaders keep talking about Israeli “interests” in Jordan’s Ghor Valley.

Mind you, I am an advocate of peaceful social action, and I condemn Hamas’s and Islamic Jihad’s deployment of rockets. They lack guidance systems and so they are inevitably indiscriminate as weapons, endangering non-combatants, which is a war crime. But I also condemn reckless Israeli air raids on Gaza camps and cities, which a prudent person could foresee will cause non-combatant deaths. They are also war crimes.