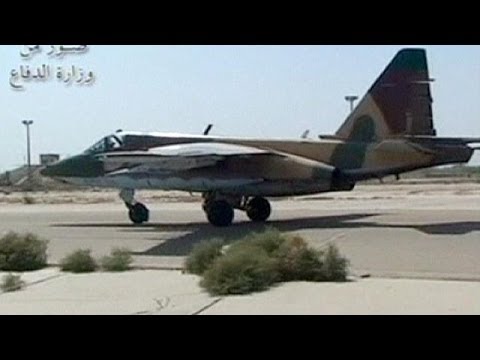 To help Iraqi Prime Minister Nuri al-Maliki’s government battle militants of the Islamic State in Iraq and the Levant (ISIL), Iran could potentially offer significant assistance through its powerful Islamic Revolutionary Guards Corps (IRGC), which reportedly has been active in Iraq during the past decade, analysts say.

What Can Iran Offer?

Afshon Ostovar, a Middle East analyst with the nonprofit Center for Naval Analyses (CNA), believes Iranian military assistance to Iraq would likely focus on several areas: advising, training, planning and coordination; information and intelligence; and supplying military materiel. "I suspect whatever assistance Iran provides at this time will be limited to these areas and kept mostly behind the scenes," Ostovar says.

Geneva-based researcher Farzan Sabet says Iran is likely to deny any military involvement in Iraq, even in the face of credible reports.

Sabet says Iran's preference for "a light footprint" has been confirmed on a number of occasions since its 1979 Islamic revolution.

"It has relied on small and discreet special operations and intelligence units which gather vital information and act as trainers and advisers to realize its goals," Sabet wrote in a June 30 piece analyzing Iran's potential military intervention in Iraq.

Reports suggest that Iran has already dispatched units of IRGC's elite Quds Force to help Maliki, amid denials by Iranian officials who say they are ready to send arms to Iraq if asked to do so.

Ostovar says the Quds Force detachment and other specialized IRGC units are likely to be relatively small — in the hundreds.

He believes the role of the Quds Force in Iraq is likely to be similar to the role it has played in Syria, where through training and other measures it has helped Syrian leader Bashar al-Assad stay in power.

Mohsen Milani, the executive director of the Center for Strategic and Diplomatic Studies at the University of South Florida, believes that Iran will try to mobilize Shi'ite militia that have been dormant in recent years.

"It will surely try to regroup and rearm the Iranian-trained Badr Brigade (although many of its members have since joined the Iranian national security forces). It will probably also take the more controversial step of encouraging the Shi’a militant cleric Muqtada al-Sadr's powerful Mahdi Army to join the fight," Milani wrote in a June 22 analysis published at Foreignaffairs.com.

Milani added that Iran will turn to smaller Shi'ite insurgent groups to push them to join the fight against ISIL.

"Iran believes that the Sunni insurgency can only be defeated if Iraq's fractious Shi’a militias agree to cooperate," he wrote.

Ostovar says the Quds force is likely to coordinate the role of the Shi'a militant groups in the fight against ISIL and help train new recruits.

"Qods Force commanders have worked closely with Shi'a militant groups in the past and helped organize their involvement in Syria, so any effort in Iraq will likely be a continuing evolution of this relationship," Ostovar says.