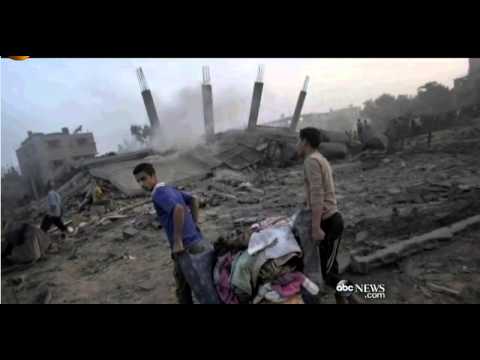 In the current round of fighting between mighty Israel and the little Gaza Strip, Israeli airstrikes have killed 53 Palestinians.

The supposedly deadly little rockets fired from the Gaza Strip have killed or injured no Israelis, though they have done some property damage. In fact, those rockets have no guidance systems and very seldom hit anything, mostly landing in the desert.

Nevertheless, Reuters and other agencies (or their headline writers) routinely equate deadly Israeli airstrikes with sophisticated American fighter jets with small dumb rockets, some of them the sort of thing that could be made with an 8th grade chemistry set. And, of course, Palestinian lives are cheap and their 53 dead and (150) wounded don’t count. That no Israelis have been killed is not mentioned because it would interfere with the narrative of violent Palestinians and victimized Israelis (it is mostly the other way around).

It is therefore no surprise that American media are confused by the actual situation on the ground. There have been over 400 powerful Israeli airstrikes on one of the more densely populated areas on earth, inevitably hitting little children and their mothers, while Hamas’s and Islamic Jihads’ mostly pitiful little rockets (there are a handful of bigger long-range ones) have done relatively little damage.

So here is Diane Sawyer showing footage of the aftermath of an Israeli airstrike on non-combatants, with a devastated Palestinian family, which she misidentifies as an Israeli family. (h/t Rania Khaleq at EI). This is not a bug. It is a feature.