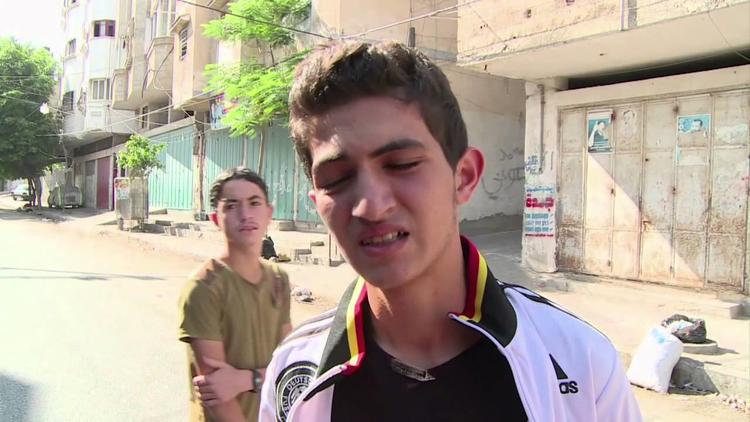 The Israel Defense Force has an answer to the shelling yesterday that killed four children near the Gaza City port. At a media briefing yesterday, an IDF official reportedly said the attack had targeted an “identified Hamas structure,” and that Israeli forces had misidentified the boys as “fleeing fighters.”

Atrocious as much of the Israeli bombing campaign of Gaza has been, it is hard to imagine Israeli forces deliberately trying to kill Ismail Bakr, 9, and his three cousins, Ahed, 10, Zakariya, 10, and Mohammad, 11, with an apparent missile attack, particularly when they were directly in front of a hotel full of foreign journalists.

But to categorize these deaths as an innocent mistake is to put the lives of many other Palestinian children at risk. In fact, they were the inevitable result of the IDF’s practice, seen in several incidents in Gaza since July 7, of firing before determining that the target is military, as required by international humanitarian law, or the laws of war, which apply to both Israel and Palestinian armed groups.

The Israeli argument goes like this: The IDF does its best to avoid civilian casualties. It employs state-of-the-art intelligence to find targets and then uses precision-guided weapons to hit them. And it even calls nearby civilians on the phone and warns them to leave before firing at the target. Hamas, on the other hand, unlawfully hides among civilians. So Hamas is responsible whenever the IDF unintentionally kills civilians – like the inevitable, not culpable, killing of these four boys. Israeli spokesperson Mark Regev said, “The story with these four boys is a tragedy. Let’s be clear: the Israeli military does not target civilians.”

But the issue in the case of the four dead boys isn’t just whether the IDF targeted civilians. It is whether the IDF did its best to avoid killing and wounding civilians. As common sense would dictate, international humanitarian law obliges any attacker before pulling the trigger to make reasonable efforts to ensure that the “target” in its sights is indeed a military objective, not civilian. Palestinian armed groups, too, violate the law when they needlessly put civilians at risk of counter-attacks by deploying in or near homes or other buildings filled with civilians.

Taking this requirement into account, did the IDF meet its legal obligation to distinguish civilians from combatants and to target only the latter, when it killed the Bakr children outside the Deira Hotel? Perhaps it was the case that the Israeli forces at that range couldn’t distinguish a fisherman and his young sons from a group of Islamist fighters. Or they just assumed that anyone running away from an attack on an alleged “Hamas structure” must be “fighters” (as if anyone would continue to stand next to a structure being attacked).

But in that case, the attack was not just tragic, but unlawful. An attacker may not just assume it’s shooting at a valid military target: the laws of war require that the attacker do everything feasible to first verify that the target is a legitimate military objective. People must be presumed to be civilians, not combatants.

These rules exist to minimize “tragic mistakes” – but when such mistakes are repeated, it raises the concern of whether the rules are being disregarded. There have already been several deadly Israeli attacks without any evident military target: The airstrike on the Fun Time Beach café on July 11, where people were gathering to watch the World Cup, killed nine civilians, including two boys. The July 9 airstrike on a municipal vehicle in Bureij killed two civilians driving home after clearing rubble from another airstrike. In all, since July 7, according to UN figures, Israeli attacks in Gaza have killed more than three times as many civilians as combatants, including 48 children.

Israel’s allies have expressed concern at Palestinian civilian casualties. But if they really want to minimize such casualties, they should press the Israeli military to urgently change unlawful targeting practices and hold accountable anyone responsible for them.