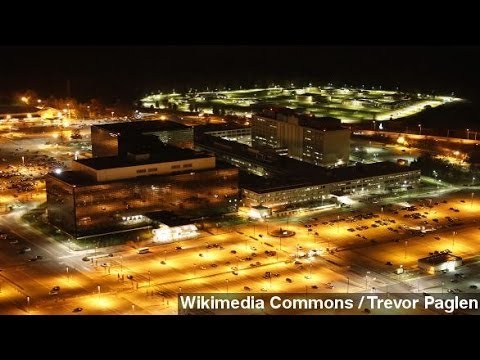 New reporting by the Washington Post based on materials leaked by NSA whistleblower Edward Snowden reveals an unprecedented view of how the private information of millions of "ordinary people" are caught up in the spy agency's massive surveillance dragnet.

Though the files show how the targeting of one individual may have ultimately led to his capture by U.S. agents, "nine of 10 account holders found in a large cache of intercepted conversations," according to the Post, "were not the intended surveillance targets but were caught in a net the agency had cast for somebody else."

The Post's story—written in part by recent Pulitzer Prize-winner Barton Gellman—is striking for several reasons, one of which is that it shows, for the first time, that Snowden was able to access specific kinds of agency surveillance data that government officials have said he could not have accessed. Second, the leaked communications reveal the shocking level at which the private information of people who were not targets and "would not lawfully qualify as such," including untold numbers of Americans, are collected and then retained in searchable databases by the NSA.

The surveillance reports reviewed by the Post contained the "full content of roughly 160,000 individual intercepts" which came from roughly 11,400 unique accounts, including email, social media, real-time voice or video chats, stored documents, instant messages, and other forms of online communication. This graphic created by the Post breaks down the surveillance by the numbers and also shows the kinds of information the agency redacts—or "minimizes"—including the names of prominent people, corporations, IP addresses, specific web services, and others.

Interviewed for the article, Snowden himself said: the powerful capabilities of agency surveillance programs like PRISM and Upstream have “crossed the line of proportionality.”

“Even if one could conceivably justify the initial, inadvertent interception of baby pictures and love letters of innocent bystanders,” said Snowden, “their continued storage in government databases is both troubling and dangerous. Who knows how that information will be used in the future?”

According to the Post, the material offers a frontrow seat for looking at how the NSA manages the private date it collects and reveals just how "voyeuristic" the agency has become as it captures and stores the intimate details of people who are just going about their lives. The newspaper reports:

No government oversight body, including the Justice Department, the Foreign Intelligence Surveillance Court, intelligence committees in Congress or the president’s Privacy and Civil Liberties Oversight Board, has delved into a comparably large sample of what the NSA actually collects — not only from its targets but from people who may cross a target’s path.

Among the latter are medical records sent from one family member to another, résumés from job hunters and academic transcripts of schoolchildren. In one photo, a young girl in religious dress beams at a camera outside a mosque.

Scores of pictures show infants and toddlers in bathtubs, on swings, sprawled on their backs and kissed by their mothers. In some photos, men show off their physiques. In others, women model lingerie, leaning suggestively into a webcam or striking risque poses in shorts and bikini tops.

The Washignton Post's story comes amid anticipation that The Intercept, spearheaded by journalist Glenn Greenwald, will soon publish its own 'bombshell' revelations based on Snowden documents. Though that report is also believed to be about the "targets" of NSA surveillance, Greenwald on Sunday indicated his forthcoming reporting is not the same as what Gellman and his colleagues have now revealed. He tweeted:

.@mtopper66 That excellent WashPost article relates a little to our forthcoming article, but mostly it's a wholly different issue.