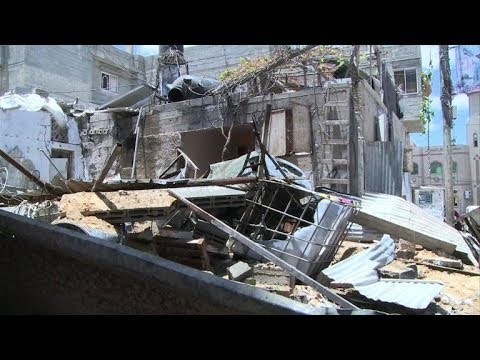 Editor’s Note: Even Palestine President Mahmoud Abbas asked Hamas sarcastically what they expected to achieve with rocket attacks on Israel. As Human Rights Watch notes, Hamas’s indiscriminate firing of unguided rockets inevitably endangers innocent non-combatants and is therefore a war crime. The below article seemed interesting to me in explaining some of the tactical innovations and strategic goals of Hamas and Islamic Jihad with regard to the use of these rockets– I hadn’t seen this information elsewhere, I think because US media don’t report much directly on Hamas.

Gaza – Unlike previous wars, the Palestinian Resistance has kept out of sight. On the streets of Gaza, gunmen wearing military uniforms and carrying walkie talkies were completely absent. This strategy was adopted in the 2012 war. Targets related to the Resistance, such as rocket launch sites and arms depots, were kept hidden from intelligence services at the Israeli Defense Ministry, who were busy working on delivering a forceful blow to the [Resistance] factions.

On the ground, a clear division of tasks is apparent among the military wings battling Israel on more than one level. Hamas and Islamic Jihad are firing mid-range rockets deep inside Israel, under two different titles: al-Asf al-Maakoul and al-Bunyan al-Marsous. The other brigades and armed groups are responsible for providing them cover with short-range mortar shells on the perimeter of Gaza, as well as monitoring the movement of the occupation on the borders.

The security situation prevented Hamas and Islamic Jihad from forming a joint operations room to unify their plan for confrontation. However, several armed factions maintained that indirect coordination did not have a big impact on Resistance operations.

The Resistance is resorting to new strategies in dealing with the Israeli forces, according to a field commander in al-Qassam Brigades. The strategy uses tunnels as the main option for launching rockets, which had been placed there based on previous geographical data. “This is in addition to reliance on a heavy barrage of rockets in each launching operation, to ensure that the launcher’s load has been emptied completely. Israeli raids on them become pointless after the mission is completed.”

The field commander explained to Al-Akhbar that the rockets are launched using a timer, “which means the fighters do not have to remain close.” He maintained this reduced the number of casualties among Resistance fighters, in reference to the absence of news on preventing launchings or martyrs in this regard, like in previous wars.

As for coordination among different factions, the Qassam commander said they are in constant coordination with Islamic Jihad’s Saraya al-Quds (al-Quds Brigades) on long-range bombardment and mentioned that the other factions assumed the role of launching Grad and short-range rockets on settlements around Gaza.

In the meantime, a senior military source in the Saraya revealed that they are completely dependent on the rocket units on the ground. “This is in addition to the surveillance units deployed on the outskirts of Gaza, equipped with night vision goggles and sensitive cameras, to watch out for sea or land commandos, especially in al-Shujaiya to the east and Beit Hanoun to the north.”

The source indicated the presence of high level coordination between the leaders of al-Quds Brigades and al-Qassam Brigades, to identify a target bank and the regions inside Israel to be put under fire. He stressed that there is enough stockpile of rockets for a long confrontation, despite the occupation’s attempts at bombing locations thought to be rocket warehouses.

It is also worth mentioning that both groups have a good stockpile of medium-range rockets, as a result of an accumulated experience in manufacturing them, in addition to the military training they both received in Syria and Iran. The other groups, however, are only equipped with short-range mortar shells.

“The Resistance has done very well until now and there are other surprises awaiting the occupation.” – Popular Resistance Committees spokesperson
The two military wings also created special ground and marine forces. They made an appearance in the major clash on Saturday, which took place on the beach north of the Strip (al-Sudaniya region) and lasted for two and a half hours. The battle started with the involvement of al-Qassam Brigades. However, al-Quds Brigades soon announced that some of its units were then deployed to provide support.

In a televised statement, Hamas spokesperson Sami Abu Zahri indicated that his movement supported Islamic Jihad’s calls for a nation-wide Palestinian meeting. He also stressed the presence of major coordination between resistance wings on the fields and “their long-term capacity to confront aggressions.” The two movements also had identical positions on the media leaks in Hebrew media, speaking about mediations and the conditions of an expected truce.

Abu Mujahed, Popular Resistance Committees spokesperson, agreed that the Resistance was able to confuse the enemy with its new strategy for confrontation. “The Resistance has done very well until now and there are other surprises awaiting the occupation,” he explained. He commended the coordination among the military wings on the ground, although he believes that coordination will automatically lead to a joint operations room in the event of a ground invasion by Israel.

“There is a difference between a ground war and an aerial war. In case of heavy air raids, the Resistance will be limited to rockets, which perform in a certain manner and are turned in a previously agreed direction,” Abu Mujahed explained. He added that “in a ground war, there is a direct confrontation of various fronts, which require high level coordination. This needs a joint operations room.”

The Israeli newspaper Yediot Ahronot published a report maintaining that Islamic Jihad, Hamas, and other factions have dug secret tunnels, “whose locations and targets are difficult to identify by military airplanes.” It concluded that “the only option left for the army is to conduct a ground operation to achieve the goals of Benjamin Netanyahu’s government.” However, the newspaper explained that “a ground war requires several preparations, most notably, how to get out of the Strip after the incursion.”