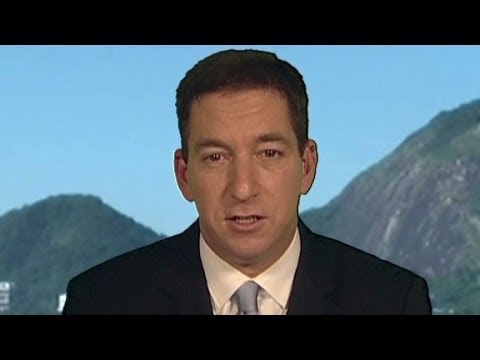 While the revelations, reported by Glenn Greenwald and Murtaza Hussain at The Intercept at midnight Wednesday, are distasteful and reprehensible, they are not particularly surprising, advocates say.

“Since 9/11, American-Muslim communities have been fair game for law enforcement tactics of the sort that were used against African American civil rights groups in the 1960s and '70s,” said Faiza Patel, co-director of the Liberty and National Security Program at the Brennan Center for Justice, in a statement. “By targeting the leaders of these communities for secret full scale monitoring, the FBI has taken this tactic to another level. How can any of us who work to advance justice for American Muslims feel free to do our work if we fear the government is watching our every step?”

In an op-ed following the story's publication, Linda Sarsour, national advocacy director for the National Network for Arab American Communities (NNAAC), writes that the revelations "should strike fear into the heart of every American who values our freedoms."

These revelations demonstrate that there are two sets of laws in the United States: one designed for dissidents, political activists and American Muslims – and another for everybody else. But nobody is safe when one group is singled out: if our government can simply decide with little or no oversight to monitor the personal email account of an American Muslim Republican military veteran, then it can decide to monitor any of our emails, too.

On Wednesday, a coalition of 45 rights groups, organized by the American Civil Liberties Union, sent a letter to President Barack Obama calling for a public accounting of The Intercept report and urging his administration to strengthen the Department of Justice’s Guidance Regarding the Use of Race by Federal Law Enforcement Agencies, known as "DOJ Guidance."

"The DOJ Guidance was an important step forward in clarifying the Justice Department’s position against racial profiling in law enforcement when it was crafted in 2003," the letter reads. "However, it must be amended to ban profiling on the basis of religion, sexual orientation, gender identity or national origin, and loopholes in the DOJ Guidance that permit all forms of racial profiling in the national security and border contexts must be closed."

Several groups raised the question of whether the surveillance was constitutional or legal, condemning the controversial and clandestine Foreign Intelligence Surveillance Act under which the monitoring took place.

Abed Ayoub, legal and policy director for the American-Arab Anti-Discrimination Committee, stated: “The magnitude of these revelations is shocking. The Obama Administration, through its directives and instructions, has shown zero regard for protecting the Constitutional Rights of the Arab- and Muslim-American communities."

The reports also indicated that NSA training materials used the term "Mohammed Raghead" as a placeholder. While the White House "immediately requested that the director of national intelligence undertake an assessment of intelligence community policies, training standards or directives that promote diversity and tolerance, and as necessary, make any recommendations changes or additional reforms," according to a White House spokesperson, it has not yet responded specifically to the surveillance issue.

"The burden is on President Obama to demonstrate that the surveillance was lawful, and specifically that the government had probable cause to monitor the men, and was not motivated by racial or religious bias," said Steven W. Hawkins, executive director of Amnesty International USA. "Given the indicators of discrimination, as well as the system's lack of meaningful safeguards, we are very concerned that the monitoring was arbitrary and abusive. It is simply unacceptable to discriminate against people on the basis of their religion or race."

According to The Intercept piece, one of the citizens monitored was Nihad Awad, the executive director and founder of the Council on American-Islamic Relations (CAIR), the nation’s leading Muslim advocacy and civil rights organizations.

In addition to signing onto the ACLU letter, CAIR issued the following statement: "The Obama administration continues to allow some government agencies to treat all Americans as objects of suspicion. It is time for a full public accounting regarding surveillance of American minorities. This includes explaining the use of the blatantly prejudiced 'Mohammad Raghead' as a placeholder in a document describing how to properly format surveillance justification."