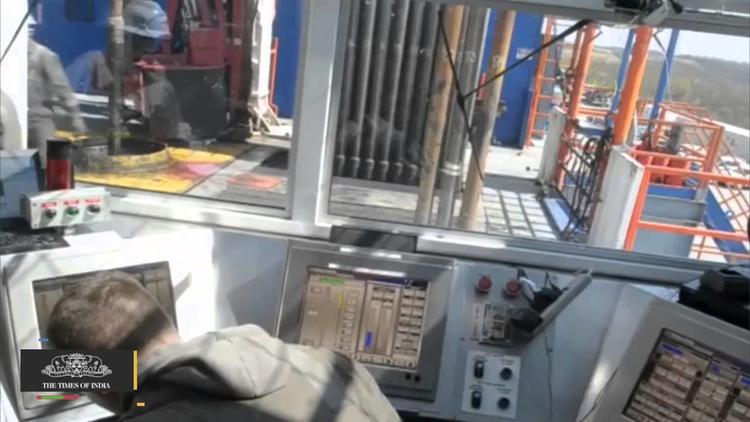 By Tina Casey via Cleantechnica

File this one under E for ewps, at least as far as the export market for US fracked natural gas goes. The US natural gas industry has been leaning thishard on the Obama Administration to approve more overseas sales, but international fossil fuel giant Saudi Aramco has just announced big plans to go mano a mano with the US in the global natural gas market.

The Saudi Aramco news was reported just yesterday by Bloomberg. Combined with two new studies that cast yet another harsh light on the risks of natural gas fracking in the US, it’s been a helluva week for an industry that has been touting itself as the best thing since sliced bread.

US Natural Gas And The Export Market

For those of you new to the topic, the US natural gas industry has been growing in leaps and bounds over the past few years thanks to an unconventional (though now very common) drilling method called hydrofracturing.

Fracking, as it has been dubbed for short, has enabled drillers to tap formerly inaccessible reserves of natural gas in shale formations. The technique consists of pumping a proprietary chemical brine underground at high pressure.

Fracking has also benefited from a gaping hole that suddenly appeared in the federal environmental regulations during the Bush/Cheney Administration, which is kind of what happens when you hire two guys with deep seated interests in the fossil fuel industry to run your democracy.

In any case, the recent gold rush on fracked natural gas has led to a glut in the US, pushing prices down. That’s why the industry is now desperate to increase its export market.

The Obama Administration has been slowly but steadily approving new export terminals, despite concerns from environmental organizations, local communities, and sympathetic legislators. At least in that regard, everything has been going along swimmingly for the US natural gas industry…until yesterday.

You could practically hear the brakes squealing on the US natural gas export market when Bloomberg reported the news out of Saudi Aramco (that’s short for the state-owned Saudi Arabian Oil Company btw).

To clarify, although there are substantial shale gas formations in Saudi Arabia, the Saudi Aramco announcement did not deal with shale gas fracking. It dealt with another type of unconventional gas formation.

Here’s a nugget from that Bloomberg report, filed by reporter Wael Mahdi yesterday:

Saudi Aramco is drilling in tight sands reservoirs where permeability and porosity is greater than that of shale formations but below that of conventional oil and gas bearing sands. “We do have shale, but shale will take a little bit more time because we need to go with the low-risk, high-rewards projects to get our revenue,” Kanaan said.

The bottom line as reported by Mahdi: Saudi Aramco has come up with cost-effective ways to get at its tight gas and is now targeting a competitive price of $2.00 to $3.00 per thousand cubic feet.

US oil exports are going to feel a ripple effect, too. The big picture for Saudi Aramco is to use some of the newly recoverable gas reserves domestically, freeing up more oil for export.

US Natural Gas Fracking Under The Gun

Saudi Aramco is sitting on the world’s fifth-largest shale gas reserves but can’t go after them, according to Mahdi, because the Saudi Kingdom lacks the massive water resources required for modern fracking operations.

That should send some red flags up for the US industry, since water scarcity and water competition issues are also beginning to dog shale gas in parts of the US.

That’s on top of growing evidence of serious water pollution risks, but water resources are just part of fracking’s problems in the US, which brings us to the two aforementioned studies.

First up is “Assessment and risk analysis of casing and cement impairment in oil and gas wells in Pennsylvania, 2000–2012,” published online at the Proceedings of the National Academy of Sciences (h/t AP).

The study finds that methane leakage from fracking operations has been much greater than in conventional drilling among the 41,000 wells surveyed. That adds to a mounting pile of evidence regarding methane leaks all along the natural gas supply chain, undercutting the industry’s claims of a cleaner fuel compared to oil and coal.

The other study is “Sharp increase in central Oklahoma seismicity since 2008 induced by massive wastewater injection,” published online at Science.

That one adds to the knowledge base regarding the impacts of disposing fracking wastewater into wells: among other things, it causes earthquakes.

Tina Casey specializes in military and corporate sustainability, advanced technology, emerging materials, biofuels, and water and wastewater issues. Tina’s articles are reposted frequently on Reuters, Scientific American, and many other sites. Views expressed are her own. Follow her on Twitter @TinaMCasey and Google+.