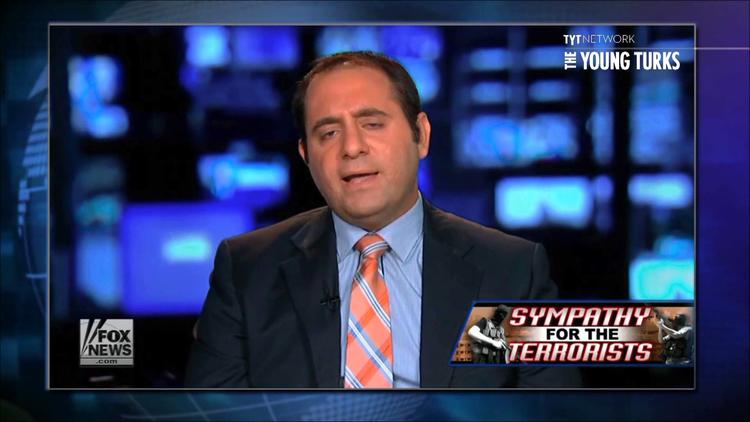 “Sean Hannity got into a shouting match tonight with a Palestinian guest as Hannity repeatedly asked Yousef Munayyer whether he believes Hamas is a terrorist organization and Munayyer did not directly answer the question. In fact, Munayyer first scolded Hannity, saying that it’s “very telling” he brings on Palestinian voices only to shout them down.

Hannity cried at Munayyer to answer the question about Hamas. Munayyer said the U.S. considers it a terrorist organization, but didn’t give his personal opinion. Hannity kept yelling at him to give a straight answer, shouting, “Can you hear?!” and “What part of this can’t you get through your thick head?!”

As the segment came to a close and Munayyar asked to speak, Hannity said, “You had your chance. You didn’t say Hamas is a terrorist organization. Good-bye.””* The Young Turks hosts Cenk Uygur, Ana Kasparian, John Iadarola (TYT University), and Wes Clark Jr. break it down.”