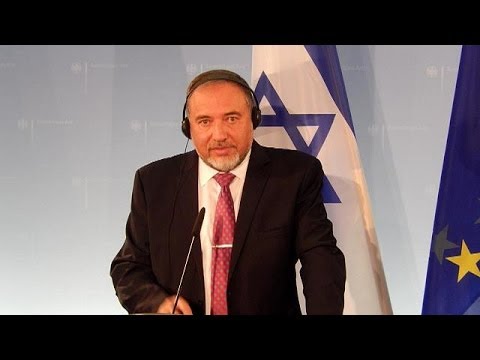 The slaughters in Ukraine and Gaza have one thing in common. Both result from governments authorising violence which is overwhelmingly motivated by domestic politics and appears almost gratuitous from a strategic point of view. Such policies promise short-term domestic popularity, but risk losing international credibility and producing serious blowback. Vladimir Putin is now finding this out. Binyamin Netanyahu should take note: the blowback for Israel could be far more serious.

Putin began his capricious military intervention in Ukraine to offset the humiliation of the Maidan protestors’ overthrow of the kleptocratic president Viktor Yanukovych, the day after Russia had endorsed the European Union foreign ministers’ deal for a gradual transition. Putin’s initial intervention secured total control over Crimea with its Russian naval bases, though these (like Russian speakers in Crimea) had never seriously been threatened. Putin, emboldened by a success which played to the nationalist gallery, then promoted the transformation of eastern Ukrainians’ political opposition to the new Kiev regime into armed rebellion, and followed up by sending Russian officers and weapons and encouraging Russian as well as local activists.

The strategy had the domestic effect of boosting Putin’s popularity. But it imposed a high cost in life and disruption on the people he claimed to be helping, provoked great western hostility, and did not stop Kiev gradually reasserting some control.

Now, however, the shooting-down on 17 July of a Malaysian Airways plane with 298 international travellers on board – to all appearances by pro-Russian separatists – raises the stakes to an entirely new level. This outrage can fairly be painted as the outcome of Putin’s adventure and is leading to worldwide condemnation of his regime. This could have serious consequences for Russia’s global economic as well political position. In the longer run it could certainly translate into domestic political costs for Putin.

Where Binyamin Netanyahu’s Israeli government is concerned, it almost certainly knew that the three teenagers whose kidnap led to its army’s rampage through the West Bank were already dead. More children were killed in the army operation, houses blown up and hundreds arrested (including many previously released Hamas supporters). The government definitely knew that, in response, Hamas would have every reason to escalate its rocket attacks. Partly to keep extreme right-wing, pro-settler elements within the governing coalition, Netanyahu calculated that Israel’s public, outraged by media hysteria over the murdered teenagers, would rally to whatever violence its military inflicted, not just on Hamas, but on Palestinian civilians.

There are conventional military elements to Israel’s attack on Gaza, but it is difficult to dignify them as strategic. These amount to inflicting short-term damage on Hamas’s economic and political as well as military infrastructure. However as the obscene euphemism “mowing the lawn” suggests, these gains are recognised as short-term. In any case the starting-point of this campaign, and its larger purpose as it continues, is surely to punish Palestinians as a whole for the delectation of an Israeli public opinion desensitised to dead bodies which are not their own. In this purpose, too, the gains can only be short-term, as once Gazans emerge from the rubble they will surely be radicalised by the new outrage that Israel has committed on them. The signs of this are already apparent.

Netanyahu’s blowback problem is not just Hamas: its political reinforcement is a predictable consequence of what he is doing, just as the continuing dominance of the aggressive Israeli right is a predictable consequence of Hamas’s rocket campaigns. The real problem is the extreme instability of the wider Middle East, with long-term wars raging in Syria and Iraq, in which the stability of Jordan – absolutely crucial to Israel’s own – is increasingly at risk. The gain to Israel of the brutal new, anti-Hamas Egyptian government is small in comparison.

Israel could find itself, not too far ahead, facing an opposition far worse than Hamas, which cannot be contained by the quick-fix punitive expeditions that Israel has practised in Gaza and Lebanon in the last decade, and which are easily sold to a domestic public and tolerated by western governments. Indeed these assaults, which Israelis now think of as routine, could contribute to a radicalisation beyond Gaza, and beyond as well as within Israel-Palestine, which will genuinely threaten their security in a way in which Hamas can never do.

This is Netanyahu’s real gamble. For small, encircled Israel, dependent on United States and western support, the stakes of adventurism are far higher than they are for a great power like Russia, secure in its own borders and facing no real military threats. Israeli leaders, relentlessly focused on the short term (as their unstable electoral-coalition system dictates) could be making a historic blunder by ignoring the strategic advantages of a settlement with the existing Palestinian political forces – including Hamas.

The outlines of a deal, overwhelmingly on Israel’s terms even if requiring some difficult concessions, have been on the table for a long time. Peaceful Israeli and Palestinian states alongside each other, with cooperative economic arrangements and even a fraction of the western aid now buttressing Israel’s military stance, would offer a bulwark of stability which military occupation and violent collective punishment can never provide. In ten or twenty years’ time, the world might ask how Israeli leaders could possibly have indulged this dangerous temptation of short-term military gratification at the cost of a political and strategic solution.

Karl von Clausewitz (1780-1831) famously claimed that war is the continuation of Politik by other means. The word is usually translated as “policy”, but sometimes as “politics”. In the 21st century, however, war is increasingly the continuation of domestic politics, with geopolitical policy and military strategy subordinated to domestic goals.

Since Margaret Thatcher salvaged her deep domestic unpopularity by successfully avenging the Argentine invasion of the Falkland/Malvinas islands in 1982, governments have increasingly factored electoral calculations into military decisions. Western leaders over the last three decades – like Netanyahu today – have been tempted by quick-fix wars with minimal political risks, in which few of “our” soldiers are killed and the life-costs are mainly transferred to innocent civilians in the war-zone. (see The New Western Way of War, where I call this “risk-transfer war”).

Such wars have worked only for short periods. In an extreme but relevant case, George W Bush’s hubris in declaring “major combat over” in Iraq in 2003 was exposed by the unending, low-level genocidal civil war that continues to this day. Despite Tony Blair’s protests, this war did not just introduce “terrorism” and al-Qaida to Iraq, but has led ultimately to ISIS and the new “Islamic State”. Even electorally, although Bush may have scraped re-election, his presidency ended in ignominy and the defeat of his party, while Blair has of course become a pariah in Europe.

Netanyahu should heed not only Putin’s, but also Bush’s nemesis. He may keep his show on the road for a while longer as a result of the latest assault, but the new, much more aggressive and unpredictable Islamists which Bush’s policies helped to unleash are not far from Jordan and even Israel itself. It is a mark of the extreme short-termism which characterises Israeli, like most governments’, policies that few are thinking of the dramatically different stakes that would arise if the Palestinian crisis should be connected to the wider instability, as the Iraqi crisis has been dramatically connected to the Syrian war.

The Gaza war is meant to be, like Israel’s and other western wars, a contained exercise. But what if Clausewitz’s law of escalation should assert itself in currently unforeseen ways?

Martin Shaw is research professor of international relations at the Institut Barcelona d’Estudis Internacionals (IBEI) and the University of Sussex, and professorial fellow in international relations and human rights at the University of Roehampton. Among his books are War and Genocide: Organised Killing in Modern Society (Polity, 2003); The New Western Way of War: Risk-Transfer War and its Crisis in Iraq (Polity, 2005); and What is Genocide? (Polity, 2007). His website is here