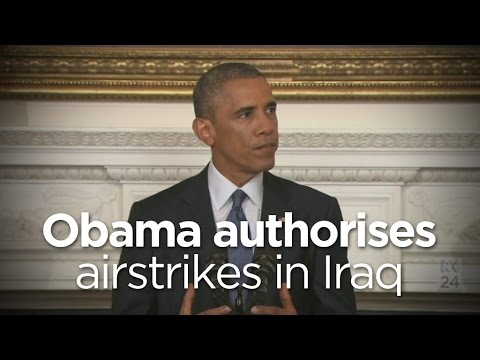 During the Gulf War in early 1991, then-president George H. W. Bush called on Iraqis to rise up against Saddam Hussein and the Baath Party.

In the Kurdish north and in the Shiite South, hundreds of thousands heeded his call. But after the short war was over in March, Bush appears to have completely lost interest in the Kurds and Shiites who rose up and now were in danger of being massacred by the Baath army. Gen. H. Norman Schwarzkopf told the Iraqi military it could not fly armed helicopter gunships (as a way of protecting Iraqi crowds that had demonstrated). The Iraqi officers said that they used the helicopter gunships as aerial ambulances, but that some were armed with rockets. Could they please fly the armed helicopters? Schwarzkopf said that he was too tired to argue, and said “OK.”

Of course, Saddam immediately had the helicopter gunships fire at crowds in the holy city of Najaf south of Baghdad.

The Kurds in the north, fearful that Saddam would roll takes against their villages, fled into the mountains. But there was no food in the mountains and if they stayed up there, they would starve to death.

George H. W. Bush may not have been very concerned about his bad faith in calling for people to rise up but then hanging them out to dry.

But the prospect of thousands of Kurds dying of hunger or thirst in the mountains on his watch upset him and it would have been a very bad political image. So he ordered a “no-fly zone” instituted over the Kurdish portions of northern Iraq. US planes flew hundreds of missions, making sure that Saddam’s tanks could not come after the Kurds.

Fast forward to today. Now it is the Yezidis, and small religious group, who have fled into the hills, from their area of Sinjar. They could, like the Kurds 23 years ago, starve and thirst to death up there.

Now it is the armored personnel carriers captured by the so-called “Islamic State” from the Iraqi army in Mosul that are rolling toward Erbil, the capital of Iraqi Kurdistan.

So President Obama, like George H. W. Bush before him, was facing a public relations nightmare. And he responded in the same way, with a no-go zone over Kurdistan policed by US fighter jet pilots.

The Neocons who wanted to go to war against Iraq in the early zeroes always said that one reason a war would be good was that the US was spending a lot of money on the no-fly zone over Kurdistan– as if a whole war wouldn’t be much more expensive (it was, by about $1 trillion).

Apparently not only has the Iraqi federal army almost completely collapsed, finding itself unable to take back Tikrit, but now the so-called Islamic State was making a move on Iraqi Kurdistan’s capital of Irbil.

Obama’s hope that the so-called “Islamic State” can be stopped by US air power is likely forlorn. The IS is a guerrilla force, not a conventional army.

But one thing is certain. A US-policed no fly zone or no go zone over Iraqi Kurdistan is a commitment that cannot easily be withdrawn and could last decades, embroiling the US in further conflict.