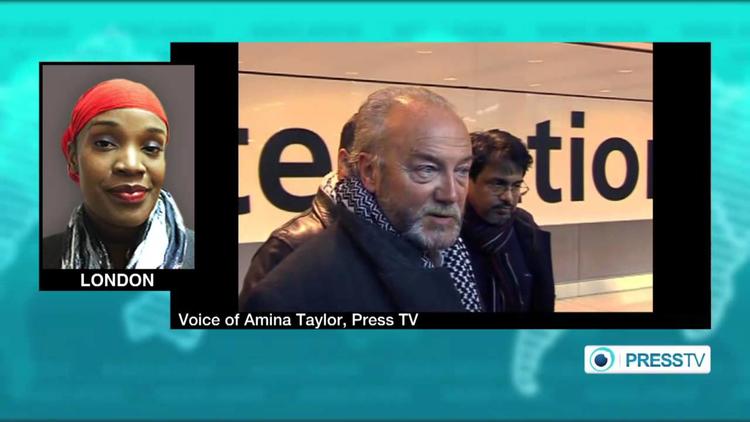 UK Respect Party Member of Parliament George Galloway was assaulted by a pro-Israel fanatic on Friday evening, leaving him with a broken jaw, broken ribs, and other injuries. The attacker shouted about the Holocaust. Galloway had to spend the night in the hospital. The MP, who called for a boycott of Israeli goods during the Gaza war, pledged to go on speaking out.

Despite his injuries, it was Galloway who tailed his attacker in his auto and was able to help police arrest the man, who tried to flee by boarding a bus.

“He was so enraged he got on top of me and eventually landed a haymaker right on my jaw. I felt a terrible crack and sickening thud. It went on for about three minutes – a long time when punches are raining down on you. Luckily, the two Moroccan guys pulled him off.

My attacker calmly walked across the road and I drove up the road behind him. I was in a bad way but I was determined he wouldn’t get away with it. I called 999 and described him to police.” …

I have no idea why it happened, though I suspect my attacker was a thug from an extreme Right-wing group. Regardless of his motives, I have no regrets about speaking out on issues like Israel and the Middle East.

We live in a democracy, and as someone who has been elected as an MP on six occasions, I have a right to voice my opinions.

In the US some years ago, the Jewish Defense League plotted to bomb the office of US Representative Darrell Issa (R-CA).