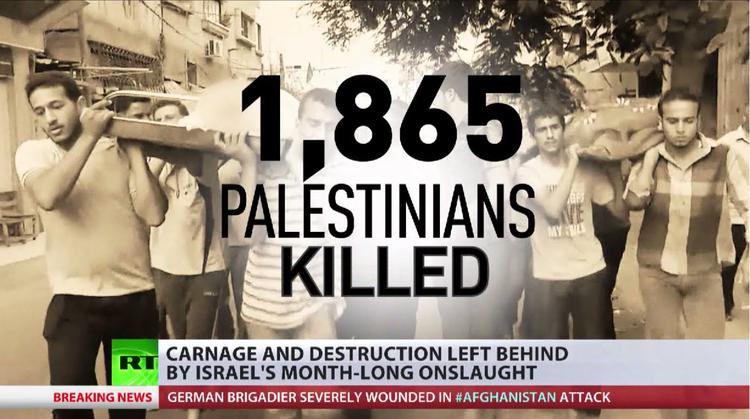 BETHLEHEM (Ma’an) — Israel’s offensive on Gaza has caused over $5 billion of damage to homes and infrastructure in the Strip, the Minister of Public Works said …

“The three areas that have undergone the most intense destruction are Shujaiyya, Beit Hanoun, and Abasan,” the minister said.

“Ministry crews were astonished when they arrived to Shujaiyya, where some 110,000 people live. Sixty percent of the homes were completely destroyed, especially those in the eastern part of the neighborhood.”

The minister said it would take $5 billion to rebuild structures alone, “not including possessions, like furniture and cars.”

The diesel containers belonging to Gaza’s power plant have been destroyed as well, he said.

Al-Hasayneh says the “containers will cost $25 million, and there are ten power lines that supply Gaza with power and have been cut off” as well.

He added that 70 percent water wells had been completely destroyed, “in addition to waste water lines.”

According to UN figures, up to 485,000 people — a quarter of Gaza’s population — has been forced to leave their homes throughout the assault on the Strip.

Many of them will return to find their homes destroyed or damaged.