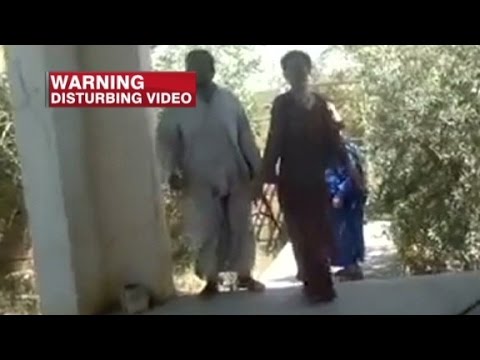 A series of bombings and shootings left some 35 dead in Iraq on Saturday, following on a massacre of 68 worshipers Friday at a Sunni Mosque in mixed Diyala Province. This violence was strategic, not random. One side effect was a severe setback in the attempt of Haydar al-Abadi, the prime minister designate, to form a government of national unit that includes Shiites, Kurds and Sunni Arabs.

The car bombings on Saturday were less important to the political process, but were clearly part of the Second Iraq Civil War provoked by the taking of Mosul, Tikrit and other Sunni cities by the so-called “Islamic State,” an al-Qaeda offshoot, in June. In Kirkuk, which is now held by the Kurdistan Regional Government, a bomber targeted Peshmerga and police, i.e. the Kurdish security forces now fighting IS around the Mosul dam with US air support. In Baghdad, a bomber targeted a domestic intelligence unit of the Ministry of Interior. Why such a facility would not have blast walls up and restrictions on vehicular traffic baffles me and tells you that the MoI in Iraq is not very good, which is why it has lost like 40% of the country this summer.

The IS tactic of car bombings of soft targets is and for many years is intended to foment civil war, since they focus on Shiite populations. Their hope is that they can convince hot-headed Shiite tribes and militias to strike back at Sunnis, thus helping mobilize Sunnis for IS in its fight against the Shiite-dominated government. Stalinists used to call this technique “sharpening the contradictions,” i.e., if class struggle were not happening they thought that sometimes you had to help it along with sabotage.

On Friday IS hit the jackpot, when a Shiite militia machine-gunned down 68 worshipers at the Mus`ab b. Umayr mosque in Diyala Province. The IS has made inroads in mixed Diyala, a province with Kurds, Shiites, and Sunnis that borders Iran, and IS has been brutal to Shiites and Kurds.

The action sent a frisson of fear through the Sunni Arab community, afraid that it is being caught up in a war between extremist Shiites and the Salafi extremists of IS. Major Sunni Arab politicians that had been in talks with al-Abadi about forming a new government abruptly pulled out. Sheikh Ali al-Hatem, leader of the Dulaim tribe, charged that militiamen associated with outgoing prime minister Nouri al-Maliki were responsible, and that the massacre was typical of al-Maliki’s creepy tactics in repressing rebellious Sunnis in the 6 provinces where they have a major presence. He also called for a boycott of al-Abadi until these tactics (which include, he said, aerial bombardment of Sunni villages) are discontinued. (Al-Maliki is close to the Asa’ib Ahl al-Haqq, an extremist militia recruited by the former PM to fight IS). Sheikh Ali al-Hatem is not actually all that important, since a huge group like the Dulaim tribe is inchoate, but apparently his sentiments are widely shared among the Sunni elite.)

The deaths and subsequent recriminations and their impact on parliamentary politics signal how hard it will be for al-Abadi to put the country back together. But al-Abadi can hardly take executive action like curbing the Asa’ib Ahl al-Haqq militia until he forms a government, and in that sense the Sunni politicians are being irrational. Their best protest against al-Maliki policies would be to sit in a post-al-Maliki cabinet with al-Abadi and pressure the PM to move in a starkly different direction.