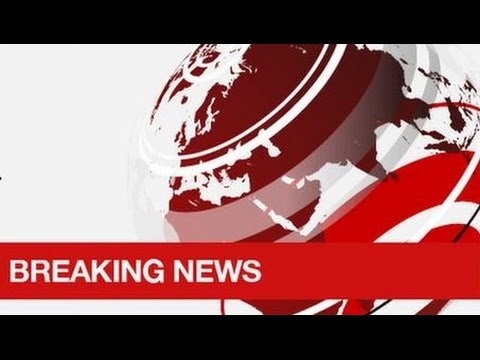 Israel on the one side and Hamas and Islamic Jihad on the other have announced an open-ended cease-fire brokered by Egypt, the terms of which are similar to those of 2012.

Mass celebrations broke out among war-weary Palestinians in the Gaza Strip.

The Palestinians could argue that they have won some concessions. New checkpoints will be open and restrictions on imports into Gaza by Israel will be eased. The zone of the Mediterranean allowed for Palestinian fishing will start at 6 nautical miles and extend to 12 by the end of the year. (Current Israeli restrictions on fishing have meant a huge loss in protein for the population, and it is difficult to see what their purpose is beyond imposing a caloric restriction on the people of Gaza, half of whom are children.) The US and Israel will drop their objections to Palestinian government officials in Gaza being paid. In further negotiations, Israel will press for Gaza to be a demilitarized zone (sort of on the model of Austria in the Cold War) and Hamas will press for the strip to be allowed an airport and seaport. Egypt will oversee these further talks and will police the agreements just made.

The Israeli side can claim to have inflicted substantial attrition on Hamas military capabilities, having destroyed many tunnels, rockets and armaments stockpiled by the party-militia that has ruled Gaza since it won the 2006 elections. Moreover, because the current Egyptian government abhors the Muslim Brotherhood and movements of political Islam like Hamas, it is unclear that Hamas can restock its rockets and other weapons via the Sinai, as in the past.

Still, what the Israeli military was going for was a result similar to its 2006 war on Hizbullah in Lebanon; since that conflict Hizbullah has not fired any rockets into Israel or Israeli-occupied territories like the Shebaa Farms (which belong to Lebanese farmers). It is not at all clear that the war produced any such similar cessation of hostilities between Gaza and Israel. In part, there are undisciplined small groups in Gaza perfectly able and willing to construct some flying pipe bombs and send them over to Beersheva and Sderot (former Palestinian cities from which Gaza refugees hail that are now Israeli cities). One drawback of Israel reducing Hamas’s capabilities is that it also reduced its ability to police the Strip. Hamas itself has in the past honored cease-fires as long as Israel has observed their terms. In part, that 70% of Palestinians in Gaza are refugee families from what is now Israel and that 40% still live in squalid refugee camps means that they are very unlike the Shiites of southern Lebanon, who are farmers with their own land.

If the Palestinian side really does get the things it is asking for– an end to the illegal and creepy Israeli blockade of the civilians in its Occupied Territory — then the struggle will have been a big win for them.

The good thing about peace, however, is that it need not be a zero sum game. Both sides can gain from it.

Obviously, this open-ended cease-fire is fragile. Some of the goals of the two sides will be very hard to attain. And, at root, the Israel-Gaza war won’t really be over until there is a comprehensive peace settlement with either a two-state or a one-state solution to Palestinian statelessness. Israeli propagandists say that Gaza could be “Singapore” if it chose peace, but in fact 1.8 million stateless people don’t have the kind of rights, including rights over property and trading routes, that would allow them to prosper.

Israel’s Likud government has the doctrine of the Iron Wall, of hitting its enemies hard and consistently until they comply. It has failed to secure the acquiescence of Palestinians in their dispossession because being stateless is intolerable. Israel is put forward by Zionists (Jewish nationalists) as a solution to the statelessness of European Jews under the fascists during the 1930s and 1940s. But they have a blind spot when it comes to the statelessness of Palestinians, figuring that that does not need a solution. Until Israelis come to terms with the Catastrophe (Nakba) that they have inflicted on generations of Palestinians, who have been left more or less homeless and in a kind of vast concentration camp, they cannot really make peace. And each episode of the Iron Wall with its Iron Fist degrades Israel a little more. Perhaps it can survive being an international pariah. But Israelis will one day look in the mirror and not like what they see, one little bit.