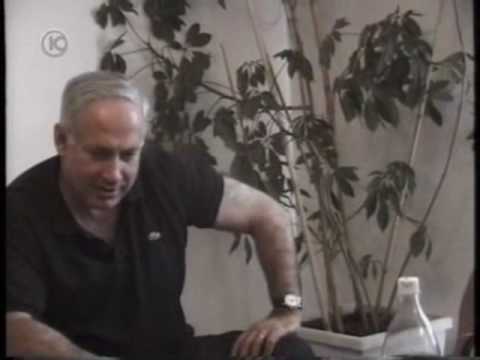 Since virtually every comment on Hamas in American media includes the assertion that the group’s Charter rejects Israel’s right to exist, it’s worth noting the following from the Likud Platform of 1999:

a. “The Jordan river will be the permanent eastern border of the State of Israel.”

b. “Jerusalem is the eternal, united capital of the State of Israel and only of Israel.
The government will flatly reject Palestinian proposals to divide Jerusalem”

c. “The Government of Israel flatly rejects the establishment of a Palestinian Arab state west of the Jordan river.”

d. “The Jewish communities in Judea, Samaria and Gaza are the realization of Zionist values. Settlement of the land is a clear expression of the unassailable right of the Jewish people to the Land of Israel and constitutes an important asset in the defense of the vital interests of the State of Israel. The Likud will continue to strengthen and develop these communities and will prevent their uprooting.

There have been some updates to the platform more recently, reflecting Israel’s withdrawal of settlements from Gaza in 2005. But the Likud Party has *never* in its statements of principles, accepted a Palestinian State. Its electoral partner, Yisrael Beitenu, has likewise categorically rejected the possibility of an independent Palestinian State, insisting that the idea is nothing more than a ploy to facilitate the destruction of Israel.

The Hamas charter, of course, does more than just reject Israel as a sovereign political entity. It’s a vile document that echoes some of the worst anti-Semitic tropes of the modern era. But on the central question of one side denying the other’s legitimacy — it’s hard to ignore the symmetry between Likud – the party of Prime Minister Benjamin Netanyahu – and Hamas.

Some defenders of Israel become indignant at the mention of these realities as scurrilous and spurious because the Likud platform quoted above is just an “old” statement of principles not reflective of the Party’s actions in power. But by that logic, the Hamas Charter, written over 25 years ago, cannot be said to be the sole controlling document of that organization, since much more recent statements and actions by its leadership have, at least some times, included an expressed willingness to pursue a long-term agreement with Israel. Furthermore, Hamas also agreed to join the Palestinian Authority in a unity government that accepts all previous PA agreements with Israel.

Too much political discussion in the United States about Israel/Palestine proceeds from the premise that Palestinians have no other interest than to destroy Israel and drive the Jews into the sea. Therefore, it is said, well-intentioned Israel has no viable negotiating partner for peace. The political reality on the ground does not conform to such a simple-minded tale of good vs. evil. Israeli hardliners in power have repeatedly rejected any basis for a viable Palestinian state. Indeed, Prime Minister Netanyahu’s qualified statement in support of a two-state solution in 2009 – which his American apologists repeatedly invoke to demonstrate his “moderate” bona fides – was characterized by a member of his own cabinet as “the spin of our lives.” In fact. Likud leaders have said unequivocally that no two-state deal is possible. And just three weeks ago, speaking at a press conference, Netanyahu said:

“I think the Israeli people understand now what I always say: that there cannot be a situation, under any agreement, in which we relinquish security control of the territory west of the River Jordan.”

As David Horovitz wrote in The Times of Israel:

In other words, no independent Palestinian state. Period. Ever.

Arab leaders are accused *all the time* of making one set of (conciliatory) statements in front of some audiences in English, while revealing their (true) rejectionist feelings in front of others, in Arabic. To the extent that this is true, one could certainly say the same about Netanyahu – relatively conciliatory and reasonable-sounding statements for international audiences. And altogether different rhetoric for internal consumption. Bibi is, after all, a master – like many politicians – at speaking out of both sides of his mouth.

Since Palestine does not exist as a recognized independent state, there is no need for Israel’s rejectionists to call for Palestine’s “destruction.” But the consistent avowals of Israeli leaders – and the plain language of the party platforms that express their parties’ core beliefs – to prevent such a state from coming into being is not substantively different from the expressed desire of the Hamas Charter to reject Israel’s existence.

The beginnings of a more fair and balanced appreciation of the conflict would start with that acknowledgment.