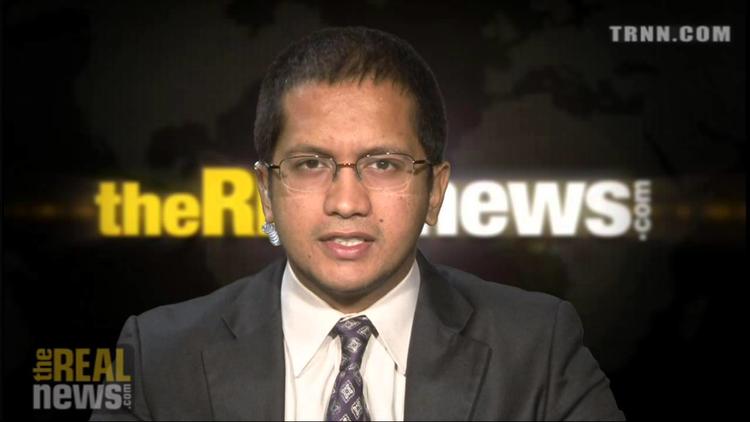 What we are witnessing now is the extension of the program of national erasure against the Palestinians that the Zionist project has always entailed, at times overtly, but more often covertly.

As defined by the Convention on the Prevention and Punishment of the Crime of Genocide, Article 2, it consists of “any of the following acts committed with intent to destroy, in whole or in part, a national, ethnical, racial or religious group, as such:”

The law protects national groups such as the Palestinians when they are targeted “as such,” i.e. for being Palestinians. Scholars note that “The ‘in whole or in part’ means that there is no lower limit to the number of people on which these acts may be committed. It is genocide even any of the Acts (a)-(e) are on one person with the intent described.” That is, it is not necessary that large numbers of persons be killed for a policy to qualify as a violation of this convention, though in the present Gaza campaign alone one in a thousand residents of Gaza has been killed by the Israeli military (the equivalent of killing 310,000 Americans). The Israeli military deliberately knocked out the Gaza Strip’s only electricity plant, making it impossible for water purification plants to operate and so depriving most Palestinians of potable water. Infants and toddlers are at special risk of mortality from dirty water. The conditions of life imposed on the people of Gaza are indisputably causing serious mental and bodily harm.

Ordinarily the Israeli campaign against the Palestinians is creeping and deliberate, involving processes of detention, and restriction: the abject denial of basic human rights and dignities that is integral to political and military occupation. It is “incremental genocide” (to borrow a phrase from the scholar Ilan Pappe).

Israeli action against the Palestinians is slow out of political necessity; since World War II the world will typically not tolerate the attempt by one ethnic/national group to eliminate another (indeed on several occasions more powerful states have intervened militarily to attack those attempting to erase another people).

But there are moments when the Zionist program against the Palestinian people involves a barrage of intensity and barbarity during which the complete scope of the nature of Israeli policy is unleashed full force. Israeli civil society is complicit in this ferocious drive as well. In addition to the horror of the current political and military assault against Gaza, groups of violent Israelis have been captured on video parading around Jerusalem and other cities chanting “Death to Arabs.” In one particularly disturbing scene, a splinter group of 3 to 5 youths backed by a larger hostile faction set up a makeshift road block in west Jerusalem, stopping cars to inquire of the driver “Are you Jewish?” None dare answer in the negative; a horrific fate could await those who might answer “no.”

These same radical groups (Im Tirtzu, among others) venerate Baruch Goldstein, the slaughterer of men, women, and children in the Ibrahimi Mosque in Hebron in February of 1994, honoring him with parties, street signs, and graffiti telling the world that “Dr. Goldstein was right” (Goldstein was a physician from New York).

Likewise it is important to note that in a recent poll, 86.5% of Israelis surveyed said that they did not want to see a ceasefire take hold during the current assault on Gaza; the vast majority of Israeli citizens will the operation to continue even though 80% of the casualties have been non-combatants. (For a thorough investigation of contemporary Israeli society, see Max Blumenthal’s Goliath: Life and Loathing in Greater Israel, 2013).

The intent of Israel— – far removed from anything to do with immediate self-defense— – is to forever erase the Palestinian nation. If in the prosecution of this goal, women, children, the aged are killed by high-powered ordnance in the center of densely populated, civilian areas, so be it. The second purpose of this slaughter is to send the message that this kind of grotesquery can happen at any time of Israel’s choosing. Up to this point in the bombardment more than 400,000 Palestinians—a third of the population of Gaza—- have been driven out of their homes and left without electricity or other necessities of life.

The Israeli leadership behaves with utter impunity. Netanyahu’s government is able to push international opinion to the brink of condemnation and censure (Latin America has been the moral conscience of the globe over the course of the last two weeks). But the Israeli government then settles back into its normal pattern of “incremental genocide.”

Only a massive swell of negative global opinion, widespread protest, institutionalized boycott, broad divestment, and/or huge public condemnation can stem the tide of unchecked Israeli aggression. Internal citizen pressures against all governments who support Israeli atrocity might be able bring Israel to its senses; the Likud government clearly will not cease this destruction of its own volition.

What we are seeing now are the horrible consequences of Israeli policy, laid bare for the world to see. If we remain silent, that policy may well prove successful.

Luke Peterson received a PhD in Middle Eastern Studies from The University of Cambridge in 2012.