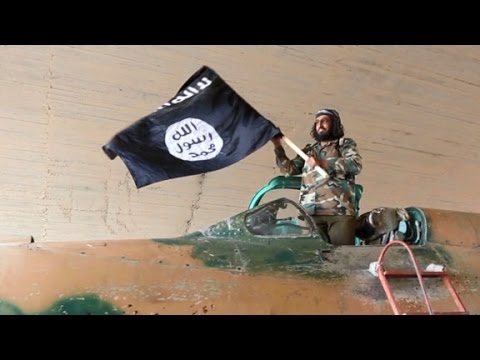 Containing and ultimately defeating ISIS will require both short and long-term response. ISIS expansion has been made possible by political conditions in Syria and Iraq, ethnic-religious/sectarian divisions and violence and terror in the region, and the failures of the US and international community.

Bashar al-Assad’s unprincipled and disproportionate military response to the “threat” of the democratization wave, the Arab Spring, with the slaughter of Syrian opposition groups both radicalized the situation and heightened sectarian (Sunni-Shia or Alawi) divisions. The inability or reluctance of the US and EU to respond early on with significant assistance to the moderate Syrian opposition’s and the opposition’s failure to unite or work effectively together enhanced the ability of foreign jihadists.

In Iraq, Nouri al-Maliki’s installing of a Shia-dominated government, political marginalization of Sunnis increased an already polarized situation and sectarian violence that would result in alienated Sunnis welcoming ISIS.

ISIS’s expansion so far has been mostly in areas of Iraq that are either primarily Sunni or have important Sunni populations in them. The situation was compounded by Gulf funding of militant Salafi jihadists, including ISIS, to fight a proxy war in Syria against Assad. At the same time, the failure early on in Syria of the US and EU, to become significantly engaged and work closely with regional allies like Turkey, Saudi Arabia and Qatar to support moderate anti-Assad forces had a ripple effect. The U.S. and EU underestimated the threat from Syria in 2011, so too it did so in Iraq more recently.

What about ISIS “Islamic pedigree & vision?”

Like Al-Qaeda and other militants, ISIS offers a militant warped and distorted Salafi ideology/religious rationale or rationalization to justify, recruit, legitimate and motivate many of its fighters. Much of what they do violates Islamic law, its unabashed acts of terrorism: slaughter of civilians, savage use of beheadings, killing of innocent Muslims and Christians. While there are similarities between ISIS and other terrorist groups like Al-Qaeda in their ideological worldview and tactics, there is also distinctive difference. ISIS seeks to create a state, to occupy and control areas, to govern, not just to dream of or speak of but to create and impose their version of a transnational caliphate, with its harsh version of law and order. At the same time, they are far more ruthless in driving out, suppressing and executing Shiah and Kurds, Sunni imams/religious leaders and others who disagree, as well as minorities such as Christians and Yazidis, demanding conversion to their warped and extraordinarily violent brand of Islam. Having populations forced to publicly pledge their allegiance (baya) to the caliphate in exchange for which they are offered security, a mafia like version of “protection” and social services.

But is religion (Islam) the primary driver of this so-called Islamic caliphate?

While religion/Islam, a particularly harsh and distorted version, does play a role to legitimate, recruit, and motivate, studies of most jihadists and movements, like ISIS, show that the primary drivers are to be found elsewhere. As in the recent past, so too today, this has remained true for Europeans and Americans who have joined ISIS.

Studies by the EC’s European Network of Experts on Violent Radicalization (of which I was a member) on radicalization in Europe as well as those by terrorism experts like Marc Sageman, a forensic psychiatrist and former CIA officer and the University of Chicago’s Robert Pape) on global terrorism and suicide bombing have found that in most cases religion is not the primary source of most extremist behavior. In many cases terrorists are neither particularly religiously literate nor observant. Drivers of radicalization include moral outrage, disaffection, peer pressure, the search for a new identity, and for a sense of meaning, purpose and belonging. For many it is the experience or perception of living in a ‘hostile’ society, disenfranchisement and heightened political consciousness, anti- imperialism and social justice, emancipation and the personal search to be a good Muslim or the headscarf as liberation, bringing together a constellation of narratives. The vast majority of the Muslim populations of Europe are also members of a visible ethnic minority. Their experiences are therefore likely to be shaped by experiences such as xenophobia, lower employment and educational levels and, more recently, Islamophobia.

Mehdi Hassan in a recent (Aug 21, 2014) Huffington Post blog post cited a MI5 briefing report on radicalization (2008), which noted, “far from being religious zealots, a large number of those involved in terrorism do not practice their faith regularly. Many lack religious literacy and could… be regarded as religious novices.” Analysts concluded that, “a well-established religious i∂dentity actually protects against violent radicalization.”

In July, 2014 Yusuf Sarwar and Mohammed Ahmed, two jihadi wannabes, both pled guilty to terrorism offenses in July. Before they set out from Birmingham to fight in Syria last May, they ordered two books online from Amazon, Islam for Dummies and The Koran for Dummies. This anecdote underscores a very important point, many jihadists have very little knowledge of Islam and the primary drivers of modern jihadist movements are grievances rather than religious fervor.

Historically, beheading has been an all too common form of punishment and instrument to “set an example” and to terrorize in Europe and Asia, and more recently used by Mexican cartels. It has been a primary tool to terrorize both populations in areas they have captured and to gain international coverage, attention and ransom.

Execution videos released (October 2006-April 2013 via its Al-Furqan Media Foundation) when ISIS called itself the Islamic State of Iraq show that political grievances outweigh religious justifications for executions: foreign military invasion and occupation, and killing of tens of thousands of civilians as well the “crimes” committed by individuals/groups (Iraqi soldiers, police, and government workers). Moreover, ISIS’s use of Islamic texts as well as its savage and disproportionate slaughter of military and civilians, among its many other policies, fly in the face of the prescriptions of Islamic law.

ISIS will continue for some years to be a threat. Its capabilities will be enhanced by its alliance with al-Qaida in the Arabian Peninsula. It will also be very difficult for Iraqi and Kurdish forces to recapture most of the lost territory from ISIS, especially in areas where Iraqi Shiah-dominated government and the Kurds are viewed as enemies rather than allies. Thus, it is critical that the new Iraqi government form a significantly more inclusive representative government and policy.

Given the current momentum of ISIS and stated intentions to expand its caliphate, it may well attempt to increase its activity in northwest Syria and southern Iraq, Jordan, Lebanon, and southern Turkey.

However, at the same time, ISIS will be tested on its ability to hold the areas now under its control while attempting to expand its territory.

At the end of the day, the peoples of the region (Syria, Iraq, Turkey, Jordan, Lebanon and Gulf states) will have to deal with their problems. However, a substantial international commitment and involvement by the US in consort with its European and Middle East allies (especially Turkey, Saudi Arabia, Qatar, Jordan and the UAE) is also needed. As Mr. Obama considers new strikes, the White House began its diplomatic campaign to enlist allies and neighbors in the region to increase their support for Syria’s moderate opposition and, in some cases, to provide support for military operations.

But, in the long run if we wish to brake the cycle of global terrorism and its movements that have existed in recent decades, as Graham Fuller, notes in “Avenging James Foley,” the conditions and basic and enduring grievances in Muslim countries that jihadist terrorist movements have exploited in recent decades must also be addressed:

foreign boots on the ground, dictators supported by the US out of convenience, a failure to end a half century of Israeli occupation of Palestinian lands, the treatment of Palestinians as a paradigm for treatment of other Muslims, the US employment of the region as an eternal cockpit for proxy wars — all of this is still ongoing.