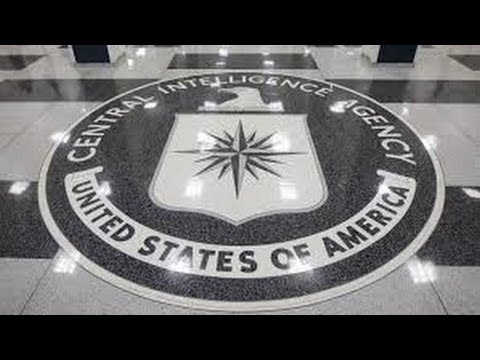 August 19 is the anniversary of the 1953 CIA-MI6 coup in Iran. The coup overthrew a government with a remarkable commitment to the norms of liberal democracy. The fate of Premier Dr. Mohammad Mossadegh has rightfully received a good deal of scholarly and journalistic attention. He was tried for treason, imprisoned for three years, and died under house arrest in March of 1967.

In 1951, the Iranian parliament nationalized the country’s petroleum industry because the predecessor of BP, the Anglo-Iranian Oil Company, refused to pay what parliamentarians felt was a fair share on petroleum profits. They elected Mossadegh prime minister. The US and the UK put Iran’s oil sales under embargo, twisting the arms of countries like Italy and Japan not to buy it. The monarch, Mohammad Reza Pahlevi, was pro-West and increasingly uncomfortable with the Mossadegh government, and he went into exile in Italy. Then in 1953 the US Central Intelligence Agency was authorized by President Dwight Eisenhower to implement a coup plot originally dreamed up by British intelligence, MI-6. Crowds were bought, far right wing generals encouraged, and ultimately Mosaddegh was overthrown.

The stories of two of Mosaddegh’s comrades, Dr. Hussain Fatemi and Brigadier General Mahmoud Afshartous have received little attention outside of the Farsi press. They paid with their lives for their defense of the popular movement Dr. Mossadegh had come to symbolize. Their deaths represent the brutality and pettiness of Mohammad Reza Shah and his domestic and foreign collaborators.

Dr. Hussain Fatemi was a newspaper editor and a founding member of the liberal National Front, formed in 1950 to end British influence in Iran through the nationalization of the Anglo-Iranian Oil Company. He later became a Majlis deputy, a deputy premier, and a foreign minister.

In the unsuccessful first act of the Anglo-American coup, Dr. Fatemi was arrested, his family terrorized, and his house ransacked during early hours of August 15, 1953 by Imperial guardsmen. Once the first coup attempt failed and the Shah fled in disgrace, Fatemi wrote a series of scathing editorials about the Shah, calling him a deceitful servant of British imperialism. He also publicly spoke out against him in a pro-Mossadegh rally. After the overthrow of Mossadegh, Dr. Fatemi went into hiding until March 1954 when he was arrested. He was verbally abused and punched in the face inside the Jeep that was taking him to Tehran’s central police station by no other than the Imperial Guard’s commander and coup plotter, (and future head of Shah’s secret police, SAVAK), General Nematollah Nassiri.

As he was leaving the police station in hand cuffs and surrounded by military officers, Dr. Fatemi was attacked by the notorious south Tehran purchased mob leader, Shaban Jafari (“Shaban the Brainless”) and his underlings. While military guards watched, Dr. Fatemi’s sister was seriously injured when she threw herself on her brother to protect him. She had heard about her brother’s arrest on the radio and rushed to the police station to be with him. Both were stabbed repeatedly.

Dr. Fatemi spent most of the next eight months under military guard in hospital where he was regularly sleep deprived. The stabbing had further aggravated Dr. Fatemi’s condition. Two years earlier he had been shot in the stomach from a close range by a member of “Fedayeen e Islam” (Devotees of Islam) and had not yet fully recovered. Later, he had to be taken to the sessions of his secret military trial on a stretcher and was given a one ten-minute visit with his wife, sister, and his eight-month old son. He was sentenced to death for treason by the military tribunal. The Shah intervened to deny Dr. Fatemi’s lawful request for consideration of his sentence by Iran’s Supreme Court. On the morning of November 10, 1954, while still ill and running a fever, Dr. Fatemi was executed by a firing squad. His last words were, “long live Mossadegh.” Dr. Fatemi was 37 years old. (1)

The 45-year-old Afshartous was member of the pro-Mossadegh Nationalist Officer’s Organization. Appointed by Mossadegh as Iran’s chief of police in February of 1953, Afshartous was given the task of cleaning up the Imperial armed forces from its many corrupt elements. Committed to strict enforcement of the law, he regularly ignore Palace’s interventions in security matters.

On 19 April 1953, Afshartous was kidnapped by elements linked to General Fazlolah Zahedi, the CIA-MI6 choice to replace Mossadegh and Dr. Mozafar Baghaie, a onetime supporter of Mossadegh with links to Tehran’s underworld who had now thrown his lot with imperialists. The plot had been hatched by the British intelligence. (2) According to the subsequent confessions of the kidnappers, the hope was that the disappearance of the country’s police chief would result in disturbances that would bring the government down and Afshartous could then be released. The public remained calmed, however, and thus Afshartous could not be released without discovery of those involved in his kidnapping. (3) Police searching for Afshartous found his body in a cave near Tehran. He had been tortured and strangled. He left behind a wife and two small children. Mozafar Baghaie and General Zahedi, who faced arrest, were given refugee inside Majlis by the Speaker, Ayatollah Kashani.

In November of 1953, with the coup government in control, those involved in the murder of General Afshartous were cleared and set free. One of the ringleaders, Huessein Khatibi, became the Shah’s confidant.