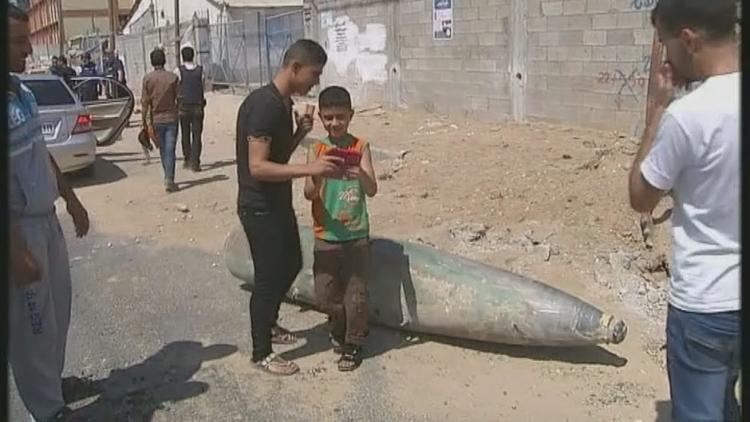 “WARNING – this report contains graphic images some viewers may find distressing. Paul Mason reports on the end of the proposed 72-hour ceasefire and violent attacks on Gaza which followed.”

Channel 4 News: “The harrowing effects of the broken Gaza ceasefire”

The leveling of the entire neighborhood of Khuzaa and the many killed and wounded there created a Twitter firestorm:

"Snipers are on top of buildings in #Khuzaa targeting anyone trying to leave home" http://t.co/TGO8vtp56W #GazaUnderAttack

Photos from Khuza'a. Decomposed bodies. Some have been on the streets for as long as ten days. #Gaza pic.twitter.com/0o0QPWIrpf

6 Palestinian youths were taken to a bathroom in a house in Khuzaa & executed by Israeli forces http://t.co/oFQPfU4epi #Gaza