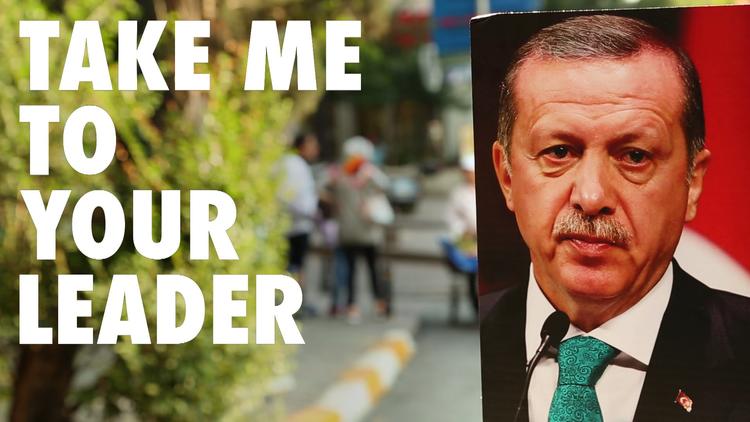 The future of Turkey depends not only on Recep Tayyip Erdogan’s ambitions but also strategies of the opposition parties, which have proven to be ineffective so far.

Turkey’s first direct presidential election results were no surprise. But despite his success by a narrow margin of 51.8 %, Erdogan did not achieve the outcome he would have liked. The turnout rate, 74 %, was historically low for recent major Turkish elections. Erdogan’s strong sway over the Turkish media during his electoral campaign did not increase his bedrock votes, indicating a persistent anti-Erdogan sentiment in the country. Since Erdogan has repeatedly expressed his intention to go beyond a ceremonial presidency by pushing legal boundaries, tense days await Turkey. Can Erdogan run the government as the President? It is not only about Erdogan’s ambitions but also the strategies of the opposition parties, which proven to be ineffective so far.

Currently, the Turkish Constitution is based on a parliamentary system in which the Prime Minister is the head of the government and the chief executive, whereas the President is the head of the state without any affiliation with a political party. Although the Constitution grants significant powers to the President such as chairing the National Security Council and appointing judges to higher courts, an executive presidency would entail further amendments to the Constitution. If Erdogan’s Justice and Development Party (AKP) wins a two-thirds majority of the Parliament in 2015 general elections, it would suffice to enact such amendments without the need for a referendum.

Now, all speculation centers on who the next Prime Minister of the AKP government will be. Erdogan’s vision of a strong Presidency is only possible with a loyalist Prime Minister who reports to him instead of working with him. It is unclear how the senior AKP politicians would respond such an artificial leadership. On Monday, only a day after the election, the outgoing President Abdullah Gul revealed his plans to return politics as “the founder and the first Prime Minister of the AKP.” (The ruling Justice and Development Party headed by Erdogan goes by the Turkish acronym AKP). He earlier rejected a role swap with Erdogan as in Putin-Medvedev model (whereby one would serve as president for a term, then as prime minister, while the other began as PM and then became president).

Gul’s statement is a sign of bumpy road that AKP leadership faces. Erdogan’s predecessors Turgut Ozal and Suleyman Demirel–leaders of two strong center-right parties in 1990s who abandoned their party posts to become president– faced similar challenges when they tried to rule through loyalist premiers. Erdogan may attend the cabinet meetings in order to deal with this challenge. Nonetheless, any internal dispute may risk the integrity of the AKP as the major corruption charges against the government already led to resignations from the party.

Upcoming weeks shall be tough for the opposition parties as well. The leadership of pro-secular Republican People’s Party (Turkish acronym: CHP), was long under fire for being too soft. The long tension between pragmatist doves and secularist hawks within the party now reveals itself in vivid. Right after Erdogan’s victory, a group of CHP deputies called on the party leadership to resign. Under pressure, the party decided to hold an extraordinary congress in early September to vote on its chairman. Muharrem Ince, who will run against the current leader Kemal Kilicdaroglu, promised to build a strong coalition against Erdogan’s executive presidency.

The paradox, however, is that Ince’s major base will be hawkish secularists within the party–- those criticizing Kilicdaroglu for giving too many concessions regarding CHP’s secular identity. All alliances against Erdogan’s iron fist since the 2013 Gezi Park youth protests have been futile. Despite the corruption scandal that shook the AKP government, the opposition was unable to coalesce strongly. The fast approaching general election in 2015 will be crucial for a reconfiguration of Turkish political arena.

The mixed feelings of the Kurdish deputies were perhaps the most interesting feature of the presidential election. Selahattin Demirtas, a prominent pro-Kurdish deputy, won 10 per cent – a satisfactory result that indicates the party’s increasing relevance to Turkish politics. Had Erdogan not won in the first round and had therefore needed allies to win in the second round, the pro-Kurdish party would have had a leverage in negotiating the peace process between the Kurdistan Workers’ Party (PKK) and the AKP government. Erdogan’s self-sufficient victory, therefore, means a missing opportunity for Kurds.

After the violent clashes in 2012, the cease-fire between the AKP government and the Kurdistan Workers’ Party, PKK, helped Erdogan win local elections in March 2014. Since then, the AKP has passed a new law that enables formal peace talks with the PKK guerillas and Erdogan publicly declared his plans to devolve some local powers to Kurdish provinces. Pro-government media also began to publish a positive image of the PKK leader Abdullah Ocalan, suggesting a Presidential pardon for him. This close alliance was interpreted as a silent negotiation over Erdogan’s presidency.

For the pro-Kurdish party, the time is ripe. The party was harshly criticized by liberal leftists for being relatively silent during mass Gezi Park protests against Erdogan. Desperate not to jeopardize the cease-fire, the party officials as well as the PKK leaders also continued cautiously to criticize Erdogan because of corruption allegations against the AKP government.

Election fury, however, has fomented anti-Erdogan sentiment. “No one should deceive herself,” said Selahattin Demirtas in his final rally before the elections, “After the presidential elections, Turkey could dangerously turn into one man-rule regime.” The mixed feelings of Kurdish PKK sympathizers may burst into open frustration if Erdogan becomes inflexible. Turkey’s failed Syria policy provided an unprecedented opportunity for the PKK. The PKK have effectively mobilized its fighters not only in Syria but also in Northern Iraq. In case PKK escalates violence to increase his leverage for peace talks, the Nationalist Action Party, MHP, which is AKP’s main competitor in Central Anatolia, would move toward further Turkish ultranationalism in tone, and thus, become marginal.

Will Erdogan become Turkey’s new Putin as Fareed Zakaria suggested? If so, he is is not the only one who will share the blame.

Mustafa Gurbuz is a policy fellow at Center for Global Policy at George Mason University and a research fellow at Rethink Institute in Washington, DC.