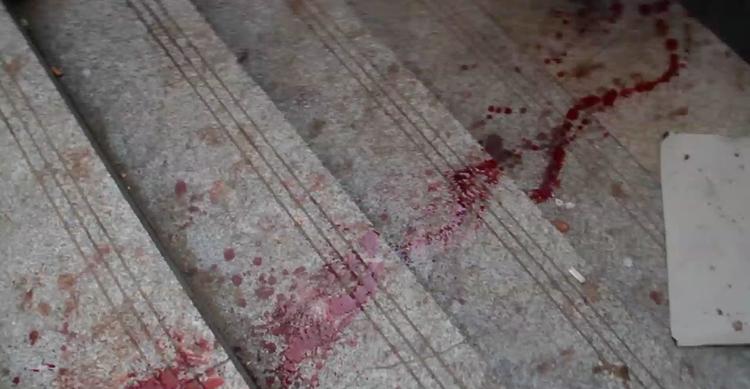 “Forget about Morsy, forget about Rab`a,” my Egyptian neighbourhood grocer told me the other day, expressing the loyalty to the president, Abel Fattah al-Sisi, shared by many of his countrymen back home. “We are saved from these people.”

Yet, one year later, there is no forgetting the massacre in Rab`a Square, in which Egyptian security forces killed at least 817 protesters, and probably as many as 1,000, in one of the largest mass killings of protesters in recent history. And there is certainly no forgiving.

The killings, and those of hundreds of other protesters in July and August last year, were the linchpin of the terror campaign of the military-backed government which followed the army’s removal of Mohamed Morsy, Egypt’s first—and still only—democratically elected president. The campaign appeared designed to send a single message to the Muslim Brotherhood and its backers: democracy, if that means a real political contest among diverse views, is finished in Egypt.

The Human Rights Watch report on these killings, just released, reveals the systematic and deliberate way police and soldiers ruthlessly fired on at least 80,000 overwhelmingly peaceful protesters in Rab’a Square. Our year-long investigation included interviews with more than 200 witnesses, monitoring of the protests themselves, visits to the hospitals and morgues, and a review of the physical and video evidence.

We documented that the police fired live ammunition to kill protesters, within minutes of ostensibly warning them to flee, yet without allowing them to exit safely. The police attacked the sit-in from each of the main entrances to the square, using armoured personnel carriers, bulldozers, ground troops and snipers. They even fired on makeshift medical facilities and positioned snipers to target people who tried to enter or leave Rab`a hospital. Toward the end of the day, the central stage, field hospital, mosque and first floor of the hospital were set ablaze, probably by security forces.

The Rab`a episode was not isolated but one of several attacks on protesters following Morsy’s removal, in which security forces killed hundreds. In each, dozens of witnesses described how unarmed protesters were shot at, in many cases without warning.

While the government has tried to pass off its conduct as self-defence, in the face of violence by protesters, the evidence-— even the government’s own statements—- indicates that only a very small number of protesters were armed and used violence. In Rab`a, for example, among tens of thousands of protesters, the government recovered only 15 guns and lost eight police to violence by protesters. It was hardly indicative of the massive, imminent threat to life that would have justified such wide scale recourse to lethal force and the massive death toll.

What’s more, the mass killings did not stem from chaos but were the product of a carefully orchestrated plan, reflecting a policy to fire on protesters. In the lead-up to the Rab`a dispersal, the Interior Ministry organised numerous meetings with senior government officials from various ministries before it executed its plans. It even publicised the fact that it anticipated a death toll of 10% of the protesters—3,500 people—indicating that the consequences were not just foreseeable: they were anticipated.

Soon after, the prime minister, Hazem al-Beblawy, told the media: “We expected much more than what actually happened on the ground. The final outcome was less than what we expected.” The next day, he told Al-Masry al-Youm: “The dispersal plan succeeded 100 percent.”

Given their widespread and systematic nature and the evidence suggesting they were part of a policy to use lethal force against largely unarmed protesters on political grounds, these killings most likely amount to crimes against humanity—among the most serious violations of international law. And the authorities have failed, despite the horror they inflicted, to offer even a superficial show of accountability.

They have not investigated, much less prosecuted, a single police officer for what happened or provided any serious accounting. Instead, adding insult to injury, the government has rewarded members of the security forces involved in the dispersals with bonuses and promotions, and erected a monument in their honour at the site.

Today, the authorities are at pains to depict Egypt as a country where they have restored order and re-established its role as a bastion of stability in a pulverised region. Yes, there are occasional deadly attacks on police now but these rarely seep out of the Sinai, and, relative to the fighting in Iraq, Syria and Libya, represent more a nuisance than a crisis. Egypt is even back at the forefront of diplomacy, a reliable partner for the United States, helping negotiate a ceasefire between Israel and Hamas. Once the tourists return, it will be business as usual.

This narrative of calm hasn’t come cheap of course, resting on the most massive political repression and brutality seen in generations of dictatorship. Since the coup, the military-backed government has jailed at least 22,000 Muslim Brotherhood supporters, depriving them of basic, due-process rights, and the courts have handed down shocking, mass death-penalty verdicts. Prosecutions extend to secular activists as well, with the space for critical views largely eliminated. Egyptian human-rights organisations have described the campaign against them as a “war on civil society”.

It’s doubtful this calm will last. Egypt’s imprisoned political opposition and the victims of the government’s oppression are unlikely to remain silent in the face of unaccountable, military-backed rule. The government’s failure to reconcile itself with an important segment of the polity and account for its lawless conduct may bring future instability.

It is up to concerned governments—acting for example through an investigation at the UN Human Rights Council—to demonstrate to the victims of the Egyptian government’s abuses that truth and justice are real possibilities.

Sarah Leah Whitson is the director of the Middle East and North Africa division at Human Rights Watch. Follow on Twitter @sarahleah1