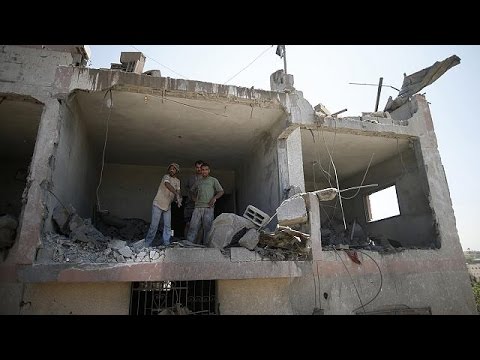 By Naava Mashiah via Your Middle East

So much ink has been spilled over the past month during the latest eruption of violence between Israel and Gaza. An overflow of comments and statements, adjurations, appeals, dissensions, analysis and condemnations have been posted on social networks, media and published by think tanks. I am not in a position or will to write about the horror of war or the violence we witnessed, nor discuss the geopolitical implications of this latest round of actions (or non-actions) by the leaders of the Israeli and Palestinian peoples.

But This time there is a different sense in the air. A point of no return has been crossed. At least this is what I see from my vantage point.

I wanted to discuss a gradual phenomenon of population exchange which is taking place – not of refugees, but rather, between the Jewish Diaspora, particularly European, and the Israeli population. There has been over the past few years a rising phenomenon of anti-Semitism in Europe. It is accelerated when there is violence in the region but it is NOT simply a correlation to what is occurring in the region. The anti-Semitic incidents are most prevalent in France and Belgium, where there is a large Jewish minority and also a large Muslim community. There have been isolated attacks on synagogues and Jewish owned stores in France. Germany has seen an alarming increase in anti-Semitic protests while in Rome, anti-Semitic graffiti is much more prevalent. A shooting in a Jewish museum in Brussels in 2012 occurred when there was not much news coming out of Israel at the time.

A reaction to this wave of increase of anti-Semitism is for European Jewry to purchase a second home in Israel, and some even change their domicile to Israel. For them, Israel still represents the ‘safe haven’ and provides refuge from these anti-Semitic actions. True, they benefit as well from no income tax for a certain period when they arrive; however, this is not the sole incentive.

On the other hand, I have been witness to many of my Israeli compatriots seeking to issue a second passport, a European passport. Some of their parents or grandparents originally hailed from Europe, and people are taking the time to go to the various embassies, prove their family roots, and wait for a second passport to arrive in the post…just in case. Perhaps they will need it if the ‘situation’ deteriorates and they must search for a safe haven in Europe.

This time around the comments on the social media were not complacent and there was a true worry about what type of society Israel is transforming into. There is no longer freedom of speech, at least for the left wing coalition, and the moderate journalists whom may express a tendency to be left of center. The left has not lost its voice, it is being stomped and bullied off the streets. People are wondering what type of society and values they are leaving for their children and grandchildren. This process of acquiring a second passport is not being done overtly, but rather, discretely for it is not a patriotic vote of confidence for the survival of the country.

So I see two sectors of the Jewish population, one in the diaspora, one in Israel, which believe the grass is greener on the other side of the fence. You wonder whom is deceiving themselves and whom will actually follow through and make the move. Will the exodus from Israel be larger than the inflow of immigrants from Europe? Will the immigration from North America still continue to make up the gap? Even as I write this, after the beginning of the cease-fire, a plane has landed with a planeload of new immigrants.

The Israelis whom move to Europe, as I did four years ago, will find out that the policy of the Israeli government will inevitably affect their life in Europe, even a small remote village. For the local population will remind you that you are Jewish and therefore connected to this homeland. It really doesn’t matter whether or not you agree with the Israeli government’s policies.

This time around something is different in the air. And people are taking stock of their lives, existence, and future. They are seeing the encroaching violence on their borders of extremist Jihadist movements, which are acting against their own brethren. They are seeing ISIS dropping leaflets on Oxford St in the UK encouraging Muslims to attack and move to the new Caliphate. People are not just preparing a plan in the top drawer, they are taking out the plan and dusting it off, and analyzing the various options.

Many in Europe say that it reminds them of Europe in 1936, and are reminded of those whom were proactive and departed, ending up as survivors. Some do not think we have reached such a drastic situation. While in Israel, it is no longer considered ‘against the stream’ to emigrate as it was in the 70’s when the immigrants were considered traitors to the country.

It is intriguing to watch these two streams of immigration like the currents in a river and see which direction the waters flow.

Naava Mashiah is CEO of M.E. Links and active in Middle Eastern Informal Diplomacy. She is also a member of Your Middle East’s Advisory Board.