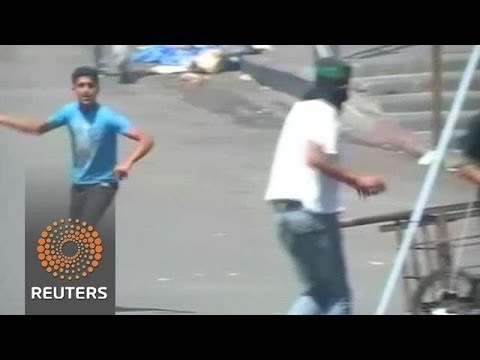 HEBRON (Ma’an) — An Israeli court on Friday extended the detention of a Palestinian activist who was detained for political activities on Facebook for a week, a Ma’an reporter said on Saturday.

An Israeli court in Petah Tikva extended the detention of Suhaib Zahida, 31, until Sept. 4, after he was arrested on Thursday for creating a page on Facebook called “the Intifada of Hebron” in addition to leading a campaign for the boycott of Israeli products.

Zahida had previously participated in several nonviolent campaigns opposing the Israeli occupation and was an active member of groups working to oppose the recruitment of Palestinian citizens of Israel to the Israeli military.

Palestinians inside Israel have been previously detained for short periods of time and questioned regarding their political activities on Facebook, but such arrests rarely occur in the West Bank.

In October, Israeli authorities arrested Palestinian citizen of Israel Razi al-Nabulsi, 23, for a week as a result of Facebook posts they argued constituted “incitement.”