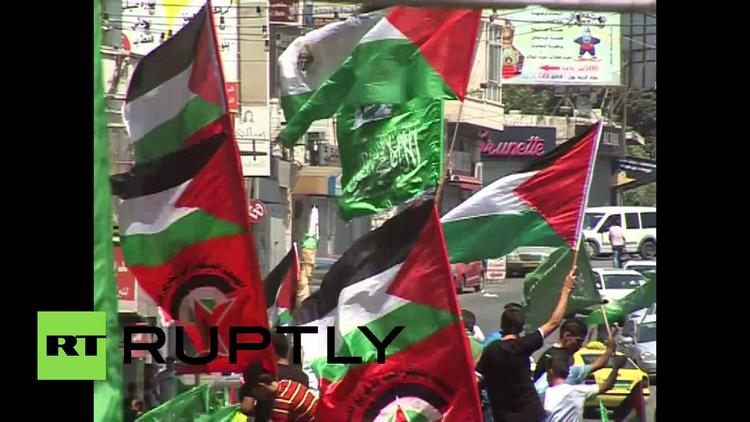 By Paul Rogers, University of Bradford via The Conversation

With a tenuous five-day ceasefire now underway, the pause in the Gaza War allows each side to consider its position. The Israeli Embassy in London reported on August 11 that:

All known tunnels, 32 in total, have now been destroyed. Following the completion of the mission, all ground troops have been withdrawn from Gaza and redeployed to defensive positions in the vicinity. The IDF has, thus far, struck over 4,700 terror targets in Gaza, including 1,678 rocket-launching facilities, 191 weapons facilities, and 977 command centres, and eliminated over 750 terrorist combatants.

In Gaza, the UN reports that 1,890 people have died and, even if the Israeli figures are accurate, this implies 1,140 non-terrorist combatants were killed. The same UN sources state at 414 children and 87 men and women over the age of sixty were killed, and the New York Times reports that:

175 of Gaza’s most successful industrial plants have also taken devastating hits, plunging an already despairing economy into a deeper abyss.

Palestinian sources acknowledge the casualties and the economic damage and yet their support in Gaza for Hamas appears stable. They also claim their paramilitary capabilities are largely intact, that they have lost few fighters, have only used 10% of their rockets and they have even continued to manufacture rockets during the war.

They also claim there are 20-30,000 fighters available and the IDF has failed to detect and destroy many of the tunnels.

Sorting fact from fiction in a deeply contested narrative is difficult at the best of times, even more so during a ceasefire in an exceptionally bitter conflict, yet it is certainly the case that Israel is much the stronger party to the conflict, inflicting huge damage on Hamas.

Even so, there are reasons to suggest that Israel is facing greater problems in determining a way forward than seems to be the case, given that it has some of the most powerful military forces in the world. The extent of these problems actually became apparent well before the first ceasefire.

When the extent of the tunnel problems was finally recognised and Israeli ground troops began to advance into Gaza, they immediately took heavy casualties and this has continued throughout the war, with 65 soldiers killed and well over 400 wounded, many of them severely maimed.

Even as the fighting continued, the IDF found that tunnels could still be used by Hamas paramilitaries. In one instance, right in the midst of the IDF operation, some even got across the border via a tunnel, emerging to kill five young Israeli sergeants on a leadership training course for the loss of just one of their own people.

What is hugely significant here is that Israel has sought to transform its urban warfare capabilities since the last major military move into Gaza, the 2008/9 Cast Lead operation. It has trained its troops intensively for precisely this kind of operation and now ensures that ground troops are fully connected with air, naval and intelligence forces.

Cast Lead did not last as long as the present war but saw more than 1,000 Palestinians die. During that war, Israel fired 7,000 rounds of all kinds in the ground operations compared with 34,000 rounds this time. Its commanders believe that its troops were very well prepared this time. They most certainly were, but in the 2008-9 war, the IDF lost just nine soldiers in combat, less than one seventh of the casualties this time, as well as four killed in a “friendly fire” incident.

Hamas still in the fight

A thoroughly uncomfortable conclusion is beginning to emerge for the Netanyahu government. It is that while the IDF may have become a lot more effective in the past six years, its opponents in Gaza have learnt even more. This is not something that can be easily discussed in Israel at present – that may have to wait for more information to emerge from what is currently a propaganda-rich environment.

If this analysis is correct, and it is one supported from informed US sources, then there is a major implication for Israel which places the Netanyahu government in a serious dilemma.

In the war so far, Israel has failed to stop the rockets – indeed even IDF sources agree that Hamas still has 3,000 available – and it has almost certainly not uncovered many of the tunnels.

If the current ceasefire fails, the rocket attacks resume and it faces serious internal pressure to demilitarise Gaza by force, it will have to re-occupy the whole of Gaza in order to destroy all the rockets – and the numerous and scattered workshops that make them – and find and destroy all the tunnels and underground bunkers.

While Israel can overrun Gaza in a few days if it decides to, it will then take many months to destroy all this paramilitary power. The cost to its own troops will be considerable and the cost to Israel’s international reputation, with many thousands of Palestinian civilians killed, will be frankly untenable.

Gaza has been badly damaged, its people have suffered and Hamas has lost many of its fighters, yet it is still there – and with much of its paramilitary capability intact. The war has been widely described as a deeply asymmetric conflict between a regional superpower and a poorly armed and under-resourced group of militants in an impoverished territory. In one sense, though, it may well be asymmetric in the opposite direction, with Israel facing the greater challenges and the more difficult options.

Paul Rogers has received funding from the Foreign and Commonwealth Office and the Department for International Development. He lectures regularly at the Royal College of Defence Studies. He will be giving a talk at the Edinburgh Festival on Wednesday, August 27 on the theme of “A Century on the Edge, 1945-2045 – from Cold War to Hot World”.