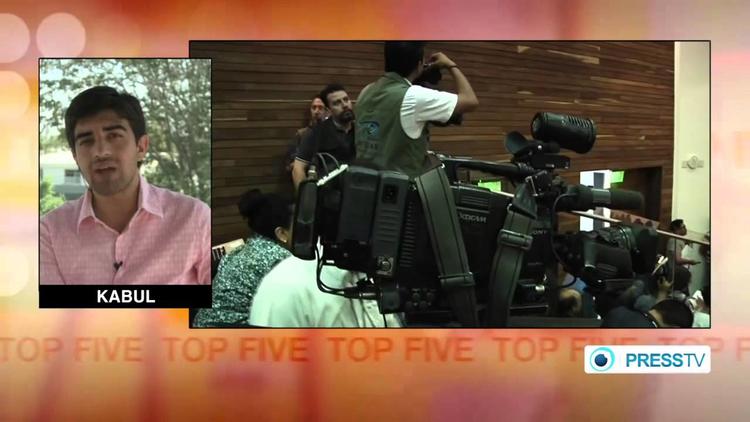 By Bruce Pannier via RFE/RL

Amnesty International has released a report documenting the inability of the families of Afghan civilians killed in attacks by U.S. and other foreign forces to obtain justice.

The report, titled “Left In The Dark,” calls on the Afghan government to ensure that accountability for unlawful civilian killings is guaranteed in any future bilateral security agreements signed with NATO and the United States.

David Griffiths, Amnesty’s deputy director for the Asia-Pacific region, told RFE/RL that the report contains three key conclusions — that Afghan civilians have nowhere to turn for justice; that the military justice system of foreign forces does not ensure accountability for these cases; and that the failure to properly address the grievances of Afghan civilians leaves behind “a dangerous legacy of resentment.”

Amnesty interviewed 125 Afghan civilians who give firsthand accounts of air strikes and raids that left civilians injured or killed between the years 2009 and 2013.

Amnesty said it had documented attacks that left scores of Afghan civilians dead, including pregnant women and children. It said some of these attacks could qualify as war crimes.

Amnesty notes, however, that foreign forces have made improvements in distinguishing combatants from civilians in recent years and points out that the Taliban is overwhelmingly responsible for Afghan civilian deaths.

“Thousands of civilians have been killed or injured since 2001,” Griffiths said, “but they have no access to the military justice system of the countries — and we’re talking specifically about the U.S. in our report — and so they have nowhere to turn. In nine out of the 10 cases that Amnesty International investigated…[the families or victims] said that they had not been interviewed by any military investigators at any stage.”

Agreements signed between the Afghan government and foreign governments, particularly the United States, prevent foreign soldiers from being brought before Afghan courts.

Amnesty also details initial denials of wrongdoing from foreign officials, both military and civilian, as well as official statements that Amnesty said misrepresented the facts of the incidents.

Relatives recounted to Amnesty not only encountering obstacles in trying to see the guilty parties punished but having in some instances to bring the bodies of their slain kin to the offices of local officials before international forces admitted there had been wrongful deaths.

“There was a harrowing case in September 2012,” Griffiths said. “A large group of women were collecting firewood in the mountains in Noorlam Valley in Laghman Province and they were hit by an air strike. Seven women were killed and seven were seriously injured…. Immediately after the attack, there was no acknowledgement that civilians had been killed and so villagers had to resort to taking the bodies of these women and girls to the provincial governor’s office to show them, to give them proof of what had happened.

“And while the U.S. and ISAF reportedly investigated the case and gave an apology,” Griffiths continued, “there was no thorough investigation. They did not make an effort to meet with the victims and their families.”

The watchdog also said it had found that local officials and police were often not informed of the attacks and raids and so could not render timely assistance to affected civilians.

“The U.S. military justice system does not ensure accountability,” Griffiths said. “We’re aware of just six cases in five years in which criminal prosecution for unlawfully killing Afghans civilians have taken place. And so with the withdrawal of international forces on the horizon at the end of this year, we feel that it is very important to raise these issues and to highlight the lack of accountability for civilian casualties in advance of that so that the U.S. and other international forces do not leave behind this legacy of impunity and resentment.”

PressTV: Amnesty: Victims in Afghanistan have been left without justice