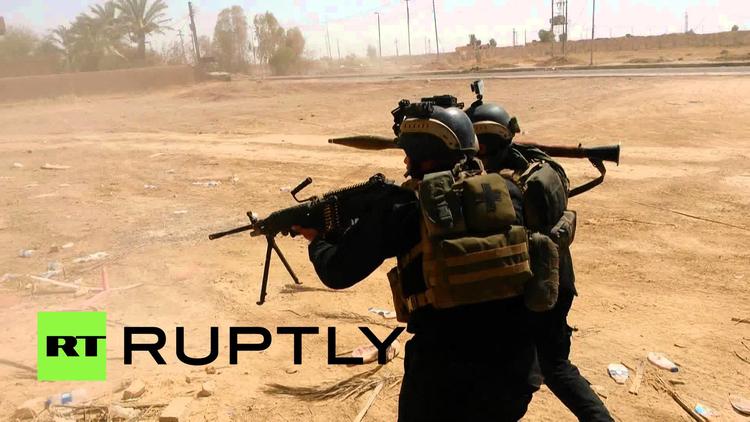 If prime minister-designate Haydar al-Abadi in Iraq is to hope to defeat the so-called “Islamic State” (actually a kind of mafia made up of serial murderers and marauders), he must find a way to re-incorporate Iraq’s Sunni Arabs into the government, which has been dominated by Shiite religious parties since 2005, partly because of Neoconservative US preference for Arab Shiite rule under the Bush occupation.

Al-Abadi has succeeded in getting a pledge from the largely separatist Sunni Kurds to hold off on leaving Iraq and to participate in his government at the cabinet and parliamentary level in Baghdad. (Kurdistan is an ethnic super-province a little like French-speaking Quebec in Canada, but with much more autonomy from the central government; Kurdistan president Masoud Barzani has threatened to hold a referendum within six months on complete secession and independence).

A Sunni Arab political bloc, al-Hall (“Solution”), led by Jamal al-Karbuli has sent a letter to al-Abadi detailing their demands. Al-Karbuli (or al-Karbouli) had led a faction within the old Iraqiya party coalition which has been the main vehicle of Sunni parliamentary politics in recent years. He blames Iraq violence and bombings on Shiite Iran.

They want the thousands of Sunni Arab detainees (accused of anti-government activity by outgoing prime minister Nouri al-Maliki) given an amnesty;

They want a fair distribution of cabinet seats and government jobs (the only kind of reliable jobs there really are in Iraq) with regard to the Sunni Arabs, tens of thousands of which were fired in the past decade and replaced with Shiites;

They want the constant Iraqi army shelling of Sunni Arab towns and villages in the north and west halted;

They demand the return to the Sunni Arab community of religious endowments (waqf) for mosques and other religious purposes, which they maintain have been usurped by the Shiites;

They demand the expulsion of Shiite militias from Baghdad and the largely Sunni or mixed Sunni-Shiite provinces.

A spokesman for al-Abadi said that the incoming prime minister was willing to consider the demands sent over by al-Karbuli, but that they could not be seen as prerequisites for forming a new, inclusive government, which would be putting the cart before the horse. Many of them require executive authority, which al-Abadi does not have until he becomes prime minister, and which is still held by lame duck prime minister al-Maliki.

The demands of the al-Karbuli block reveal the situation as seen by Sunni Arabs, and they help explain why so many Sunni Arabs in Mosul and elsewhere preferred even rule by IS thugs to continued occupation at the hands of al-Maliki’s forces. They see themselves rather as African-Americans in Ferguson, Mo., do, as constantly coerced, imprisoned at disproportionately high levels, and kept as an economic underclass by systematic discrimination.

Of course, there is more than one side to the Iraq story, and al-Abadi can hardly suddenly turn on the Shiite militias offering paramilitary support against IS, or cease a military campaign to expel IS from Iraq. But some of what al-Karbouli is asking for, especially on the political and economic side, is obviously necessary if Iraq is not to permanently splinter.