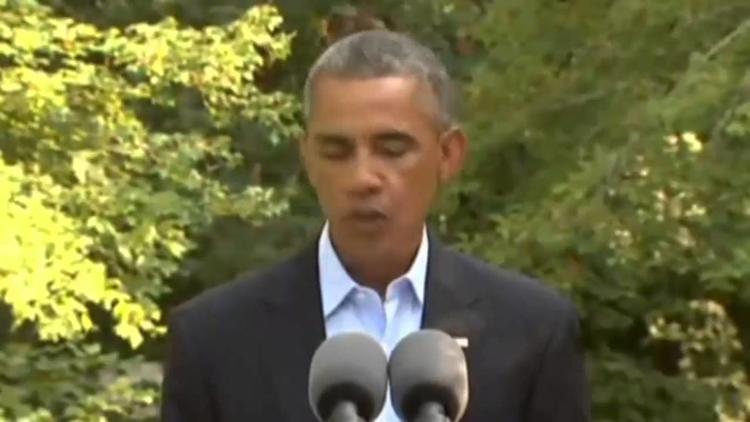 Middle Eastern regional powers joined the US in welcoming the appointment of Haydar al-Abadi as Iraq’s next Prime Minister, creating a dorm full of strange bedfellows.

The chairman of Iran’s national security council, Ali Shamkhani, congratulated al-Abadi and said that Iran approved of the legal process whereby President Fuad Masoum appointed the new PM. This entire line of reasoning was a slap in the face to outgoing prime minister Nouri al-Maliki, who argues that Masoum acted unconstitutionally in appointing anyone but Maliki and has said he will challenge the step in the supreme court. Shamkhani appeared to caution al-Maliki and others against opposing al-Abadi, calling on “all political blocs” to abide by “the rule of law” and to unite in the face of the threat posed by an “external enemy.” Some observers believe that al-Abadi was pressed on Masoum by Iran to begin with and is now Tehran’s candidate.

Saudi Arabian King Abdullah sent congratulatory messages both to President Masoum and to prime minister-designate al-Abadi, expressing the kingdom’s support for the new government. King Abdullah appears truly to have despised Nouri al-Maliki. In 2006, al-Maliki used his Islamic Call or Islamic Mission Party (al-Da`wa al-Islamiya) to mount a global campaign against “Wahhabism,” the severe branch of Islam practiced in Saudi Arabia, which has often been hostile to Shiite Muslims like al-Maliki. King Abdullah, however, appointed two Shiites to his advisory council and allowed municipal elections in Shiite cities like Qatif, which brought Shiite politicians onto the city council. Before the 2011 Arab Spring demos, in which Shiites in the Saudi Eastern Province joined, King Abdullah appeared to be slowly trying to improve the position of Saudi minorities. Since then, unfortunately, there has been a renewed crackdown. In any case, Abdullah was deeply offended by al-Maliki’s critiques of Wahhabism and the mounting of Shiite demonstrations outside Saudi embassies. I don’t believe al-Maliki was ever allowed to visit Riyadh, whereas the Iranian prime ministers and even hard line Shiite Muqtada al-Sadr have come on such diplomatic visits. So whether or not King Abdullah is as enthusiastic as he says for Iraq to flourish (the Saudis are a little afraid of a united Iraq after the 1990 invasion of Kuwait), it is plausible that he is truly delighted that al-Maliki is being replaced by someone more level-headed.

Likewise, the Turkish foreign ministry congratulated al-Abadi. Turkey’s fate is much bound up with Iraq’s since they are neighbors and both Kurdish nationalism and hard line political Islam pose challenges to both.

Getting Iran, Saudi Arabia and Turkey all to agree on something is pretty difficult, so al-Abadi already has an achievement.

Al-Abadi has also garnered the support of the major Shiite parties, including Fadila (Virtue), the al-Ahrar (“Free Ones”) of hard line cleric Muqtada al-Sadr, and the Supreme Islamic Council of Iraq (ISCI) of Ammar al-Hakim, which is close to Iran. He appears to have gained the support of about half of the Islamic Mission Party, which has 92 seats in parliament or so, and which al-Maliki theoretically heads. The party leaders, however, issued a statement on Tuesday that al-Maliki is their candidate, rejecting al-Abadi.

On the other hand, US Vice President Joe Biden appears to have elicited a promise from Kurdistan president Massoud Barzani to “work with” al-Abadi. Barzani has made it clear that he actually wants to secede from Iraq, so it is unclear how he will cooperate with Baghdad. Though, his pledge to hold a referendum on secession within 6 months was made before the Kurdistan paramilitary, the Peshmerga, found themselves unable to hold their front with the so-called Islamic State, an al-Qaeda offshoot. Barzani is now getting large amounts of US weapons and money, and the US air force is bombing IS positions near Kurdistan. The Peshmerga (“one who stands before death”) have been enabled to take back two border towns straddling the Arab and Kurdish frontier, Gwer (al-Kuwair) in Ninewa Province and Makhmour in Irbil Province. So, I think if Biden wants Barzani to compliment al-Abadi, he’ll swallow his pride and do so.

Unfortunately, in order to resolve the current crisis in Iraq, al-Abadi needs internal allies more than external lip support. He needs more than pro forma support from the Kurds in confronting IS in Diyala, Salahuddin and Ninawa provinces. And, he needs to detach some of the Sunni tribal leaders from the IS. The last time the Sunni rural notables allied with Baghdad against al-Qaeda, they were treated shoddily. Al-Maliki declined to continue their stipends or give very many of them government jobs. Since they had fought terrorists, they were often targeted for reprisals by the terrorists. And, al-Maliki even prosecuted some who had fought Baghdad before changing their minds and joining “Awakening Councils.” The difficulty is that when al-Abadi goes to the tribal chiefs, he may not get much of a hearing. He is after all from al-Maliki’s party.

Still, if Iranian, Turkish and Saudi support for al-Abadi is more than lip service, it could be important to al-Abadi’s success.