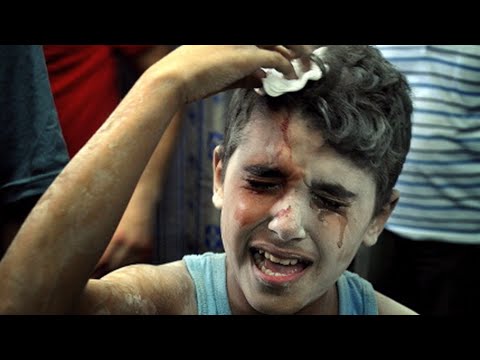 By Cenk Uygur, The Young Turks

“As Israel showed signs of scaling back its ground offensive in Gaza, its war from the skies continued Sunday, as an airstrike outside a U.N. school in southern Gaza killed at least 10 people. The bloodshed sparked some of the harshest U.S. criticism of Israel since the war began.

Capt. Eytan Buchman, a spokesman for the Israel Defense Forces, said the targets of the attack in the border city of Rafah were three Palestinian militants riding past the school on a motorcycle. “We identified a successful hit on the target,” Buchman said. “We definitely don’t target civilians or schools.”

But according to eyewitnesses and U.N. officials, an Israeli missile struck just outside the gates of the school. About 3,000 Palestinians were seeking refuge at the facility, and a crowd of civilians had gathered outside — children buying ice cream from a sidewalk vendor, and men and women purchasing food or cigarettes, witnesses said.”* The Young Turks host Cenk Uygur breaks it down.”