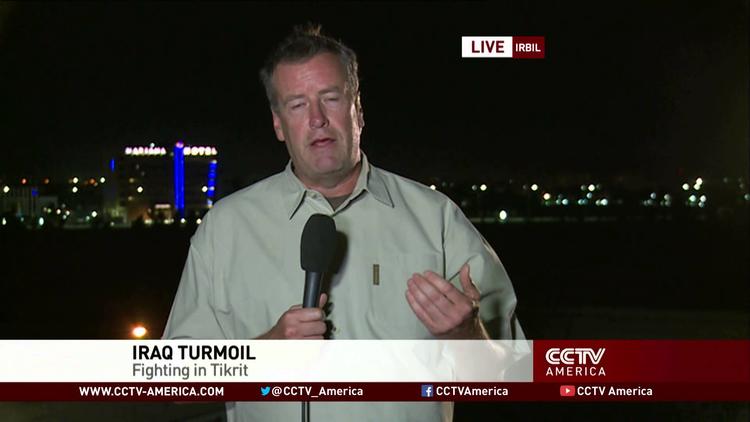 The Iraqi military made a push on Tikrit north of Baghdad on Tuesday, but had to call off their campaign when they ran into minefields, booby-trapped buildings, sniping and artillery and mortar fire on the part of the Islamic State of Iraq and Syria (ISIS), which now styles itself the “Islamic State” (IS). It took the Sunni Muslim stronghold, birth place of Saddam Hussein, last July. The IS appears to have used its two months of dominance in the city to do extensive defensive works, with the mining proving an effective deterrent along with professional use of medium weaponry.

Meanwhile, a video briefly surfaced purporting to show the IS beheading an American journalist, James Foley, a freelancer for GlobalPost who had been missing in Syria for two years. In the video the IS threatened to drown the United States in blood if its aerial bombardment of IS positions continued.

The Iraqi military advanced toward Tikrit from the west this time, rather than, as with last month, the south. The claimed to have killed 23 IS fighters and to have taken some small suburbs of the city, but that they had to call off their campaign Tuesday afternoon is eloquent as to their failure. They included forces from the Ministry of Defense, the Ministry of Interior, and Shiite volunteer militias, all supported by the Iraqi Air Force. Unlike with the Kurds fighting to take back the Mosul Dam from IS in the north, there is no report of close air support from the US.

One of the Iraqi military’s goals was to relieve the village of Amirli, which is inhabited by Turkmen Shiites and had been under siege from IS in Tikrit. IS as a hyper-Sunni terrorist organization despises Shiite Muslims and has carried out mass executions against them.

Meanwhile, back in Baghdad, controversy swirled over rumors that a political figure was willing pay $5 mn. for a cabinet seat. As long as there is that level of corruption, it is hard for the government to ask its grunts for loyalty and willingness to sacrifice their lives for this state.