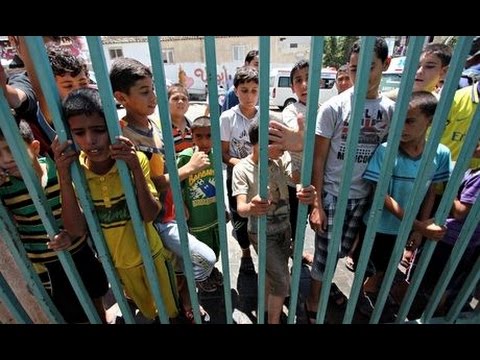 by DAVID H. SCHANZER for ISLAMiCommentary

Writing in the New York Times . . . , columnist Shmuel Rosner labeled non-Israeli liberal Jews that are becoming more estranged from modern day Israel, as “fair weather fans” that Israel both can and should ignore. He is dead wrong on both counts.

I am far from the most liberal Jew in America, but I am in the camp of Jews that Rosner is criticizing – Jews who have traditionally supported Israel but in recent years are feeling less and less comfortable doing so due to Israeli policy. The reason I am deeply concerned about Israeli policy is because – 1) I love Israel, and 2) I believe that current Israeli policy is jeopardizing what Rosner properly calls “the greatest Jewish enterprise of the last two millenniums.”

Rosner tries to pawn off these legitimate concerns as motivated by Jewish guilt, claiming that American Jewish liberals are distancing themselves from Israel to “clear their conscience.” As we say here in America – that dog won’t hunt. Israelis may feel better if they can blame the views of some American Jews on personal shame. If that were true, we really would be fair weather fans. Rosner doesn’t seem to be willing to take on the much harder task of acknowledging that liberal American Jews share his objective of securing the Jewish state for posterity, and then dealing with our policy arguments on the merits.

Rosner might be surprised to know that at least this liberal Jew did not object to the incursion into Gaza. The tunnels had to be destroyed. The launchers of rockets had to be punished. No state can submit to this kind of security threat on its back doorstep. I am even willing to defend actions that result in unintentional civilian casualties. There is no good, moral answer to how to deal with terrorists who use potentially lethal force against you and then try to immunize themselves from reprisals by surrounding themselves with civilians. I do, however, wish the IDF had been more discriminating. I can’t defend killing children on the beach and I believe Israel should have avoided bombardment of UN safe harbors. But no war has ever been fought without mistakes or transgressions. I believe that the IDF is attempting to comply with the law of war, but these efforts have fallen short too often.

The bigger issue than IDF conduct, for me, is Israel’s lack of strategic vision. We hear consistently from Israeli politicians and commentators that Hamas must be crushed, annihilated, defeated. I wish that were possible too. But the reality is that while Hamas’ infrastructure can be degraded by Israel’s military might, the organization cannot be militarily defeated (at least without a horrific, unacceptable bloodletting). The only way to truly destroy Hamas is to reach a settlement with Palestinian leader Mahmoud Abbas regarding occupation of the West Bank, show the Palestinians in Gaza that they can live a normal, better life through reconciliation, and ultimately drain the political support Hamas currently enjoys. Unfortunately, the settler movement and the condition of Israeli politics have rendered the likelihood of a peace deal more and more remote. And, as has been convincingly demonstrated by so-called liberal American Jews like Peter Beinart and Jeremy ben Ami (leader of J Street), without a peace deal, Israel cannot continue to be a Jewish, democratic state. This is the true cause of my disillusionment.

It is worth noting that what Rosner deems to be the “liberal” Jewish position – that is ending Israel’s 47-year occupation through a two-state solution – has been the consistent policy of the United States over successive Democratic and Republican administrations. But the ground has shifted in modern Israel so much that policy supported by George W. Bush and Barack Obama is now considered liberal. I do wonder: What is the “conservative” Jewish position? Is it permanent occupation? Ethnic cleansing of Muslims from Israel, the West Bank and Gaza? Or a one-state solution with unequal rights of citizenship for non-Jews? To merely ask the question is to answer it – there is no viable alternative to the two-state solution.

Rosner is surely correct that Israelis can survive even if they “lose the support of some liberal Jews.” But this dismissive attitude is reflective of the myopia that afflicts modern Israel. We live in a globalized world. No country, even one with the depth of human capital of Israel, can be successful if it is a pariah state. If Israel is losing the support of Jews like me – who pulled weeds out of kibbutz cotton fields for weeks in 1978 when I was fifteen – where will it find the economic and political support to thrive and prosper in a world that, by and large, is anti-Semitic, anti-Zionist, anti-occupation, and anti-Israel ? Losing support from some American Jews is not just about lost donations, lost tourism dollars, or lost advocacy for pro-Israel causes in the U.S. Congress (although all of these hurt Israel badly). It is a danger sign. The lights are flashing red. Apparently, Rosner has his eyes closed. Unfortunately, many Israelis do as well.

My final sin, in Rosner’s view, is that in my criticism of Israeli policy and actions, I am not treating my fellow Jews as family by providing “unconditional love.” But I do love Israel unconditionally, just as I do my children. And that hardly means I allow my children to do whatever they please or that I never criticize them. My obligation as a loving parent is to try and shape and mold my children so they make good, thoughtful, moral decisions that help them live joyous, successful lives. My love for Israel is unconditional in that as long as it exists, I will continue to advocate for its security, freedom and prosperity. My plea to Israel, out of love, is to change course before it is too late.

David H. Schanzer is an Associate Professor of the Practice for Public Policy at the Duke Sanford School of Public Policy and the Director of the Triangle Center on Terrorism and Homeland Security. He is also a regular contributor to ISLAMiCommentary.