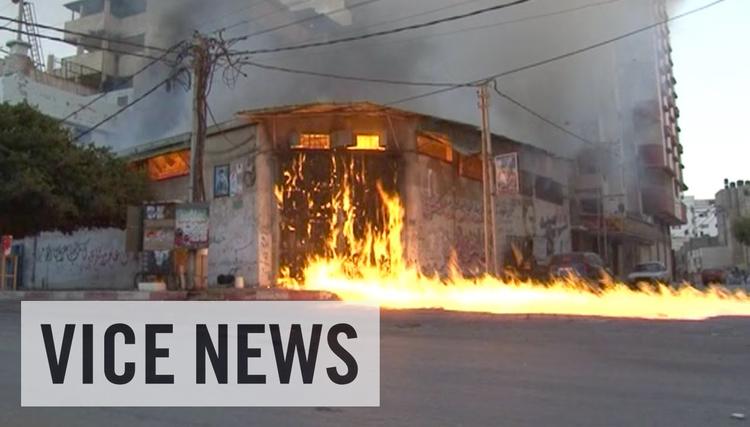 BETHLEHEM (Ma’an) — A rights group Monday condemned an Israeli drone attack on Gaza that killed a Palestinian worker for a human rights organization the day before, a statement said.

PCHR said Zaanin was standing near a number of maintenance workers from the Beit Hanoun municipality who were repairing a water network near his house when an Israeli drone fired a missile at them.

“As a result, al-Zaanin was seriously wounded and 2 workers were moderately wounded: Majdi Mousa Shabat, 41; and Sofian Khalil Abu Harbid, 40. They were all evacuated to the hospital, but al-Zaanin succumbed to his wounds,” the report said.

“While PCHR expresses deep sadness for al-Zaanin’s death and passes condolences to his family and to the al-Mezan Center for Human Rights, it strongly condemns this crime which targeted unarmed civilians while carrying out their job.”

The rights group said that international silence regarding Israel’s “war crimes” encouraged Israeli forces to continue carrying out such actions.

“PCHR calls upon the international community to investigate this and other crimes committed by Israeli forces against unarmed Palestinian civilians in the context of the ongoing offensive on the Gaza Strip, and prosecute the perpetrators.”

Israeli attacks killed six Palestinians on Sunday before a 72-hour ceasefire came into effect at midnight.

The Israeli army said in a statement Sunday that it had targeted “11 terror squads across the Gaza Strip” throughout the day.

It said Gaza militants had launched 30 rockets at Israel in the same period.

According to PCHR, the Israeli offensive on Gaza has killed 2,008 Palestinians, 1,670 of whom were civilians.

Some 471 of those killed were children, the organization says.

“On August 10, a fire broke out at the Habboush Soap factory in Gaza city after it was hit by an airstrike. Firefighters worked through the night to try and control the blaze. During the month-long conflict, over a hundred factories have been damaged in Gaza, causing an estimated $700 million in losses.”