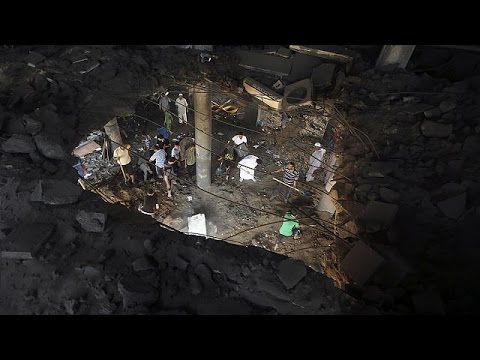 A delegation of the Palestinian Food Industries Union that visited factories that sustained damage in the month-long military assault estimated that around $150 million worth of damage had been caused, with many factories completely or partially destroyed.

Union head Taysir al-Safadi told Ma’an that during the assault, “the industrial sector of the Gaza Strip was directly targeted.”

“The biggest factories of the Strip — which provided 70 percent of the local market’s needs — were destroyed.”

Al-Safadi said that “Israel deliberately targeted the infrastructure of the national economy in order to turn us into a consuming society instead of a productive one.”

“They want to increase unemployment and destroy job opportunities,” he added, noting that 12,000 employees worked in the factories that had been hit.

Al-Safadi added that the damaged and destroyed factories will need over a year to be re-built, increasing unemployment for the foreseeable future.

The difficulties of reconstruction could be compounded by Israel’s continued enforcement of the eight-year blockade on the Gaza Strip, which has severely limited imports and exports and led to a near collapse of the Gazan economy.

The blockade has led to 40 percent unemployment and created a society in which the vast majority are aid dependent, as productive economic facilities have closed due to inability to import basic necessities for work or for repair.

The delegation showed Ma’an a list of the damaged factories that they had visited: