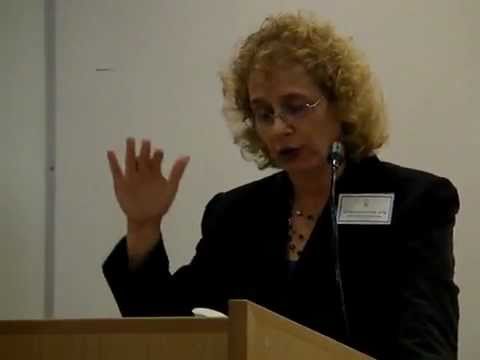 How can Kabbalah, the system of mystical interpretation of Jewish scripture with roots in the 13th century, have a bearing on modern-day environmentalism? In the Kabbalistic view, God’s very act of creation has resulted in placing a sacred obligation on man to make right what is askew in the world. This obligation doesn’t just play out on the spiritual level, but also on the ethical and physical planes where care for the world becomes relevant. The Genesis story as interpreted by Kabbalah describes how man was set on a continual quest to free God’s purity from the constraints of imbalance and wrong action.

A Divine Prototype for Creation

According to Kabbalah, in the beginning, an ultimate and unknowable God withdrew into Himself, forming a space — a cosmic womb — within which He brought forth the primal blueprint of creation. God’s pattern for creation took the form of essential qualities, various vibrations of light drawn from His ineffable nature and enclosed in form-giving “shells” (kelipoth). These vessels of light known as sephiroth were to be arranged hierarchically in what is alternately known as The Tree of Life or Adam Kadmon — the divine prototype for all to come thereafter, including and especially human beings.

For reasons known only to the mind of God, the pure source of creation also became the progenitor of the negative forces that would bedevil it: the power of God’s light entering the vessels shattered them. While most of the light was recovered, bits of it clung to the shards and to this day are waiting to be uncovered and released back to their source in God. Man’s God-given mission to remove what hides the divine light is known as “tikkun.” In the first chapter of The Caretakers of the Cosmos, author Gary Lachman said, “. . . we encounter those trapped ‘sparks,’ whether in people, nature, or inanimate things, which we are uniquely qualified to liberate, just as we encounter people and situations that can help liberate our own ‘sparks.’”

“It is our job to gather these sparks and raise them up whenever we find them, bringing the material world closer and closer to the world of Holiness and Oneness. . . When we learned of the knowledge of good and evil, and of life and death, we were pushed out of the womb of creation and born into a role of responsibility as stewards of creation. We have a duty to maintain the covenant of creation itself.”

Terry Gips, of the Hillel Center at the University of Minnesota points out the synergism between the Kabbalistic concept of tikkun olam (“repair of the world”) and bal taschit ( “do not destroy”) — Torah-based guidelines for respectful treatment of all resources, especially those provided by God through nature. The importance of bal taschit is encapsulated in the Hasidic saying: “Planting is so important that if a sapling were in your hand, and you were told that the Messiah had come, first plant the sapling, then go out to greet the Messiah.”

The Jewish Renewal Movement fostered by the late Rabbi Zalman Schachter-Shalomi encouraged acceptance of such modern-seeming ideas as Gaia consciousness and eco-kashrut. But these latter-day concepts are rooted in the anciently sourced tenets of the tikkun and bal taschit. And they in turn are derived from the most ancient Source of all.

Alexandra Piacenza: I have a BA in Psychology from Wellesley College and have been a devotee of Paramahansa Yogananda for over 25 years, including 15 years of teaching Sunday School children the fundamentals of yoga meditation. I’m also a deeply committed student of Catholicism especially interested in the basic harmony between eastern and western spiritual principles, practices and experience. I live with my husband in rural Northern Arizona. You can find me on Twitter, Facebook, LinkedIn, Google+, Yogasync.tv and Noodle.org.