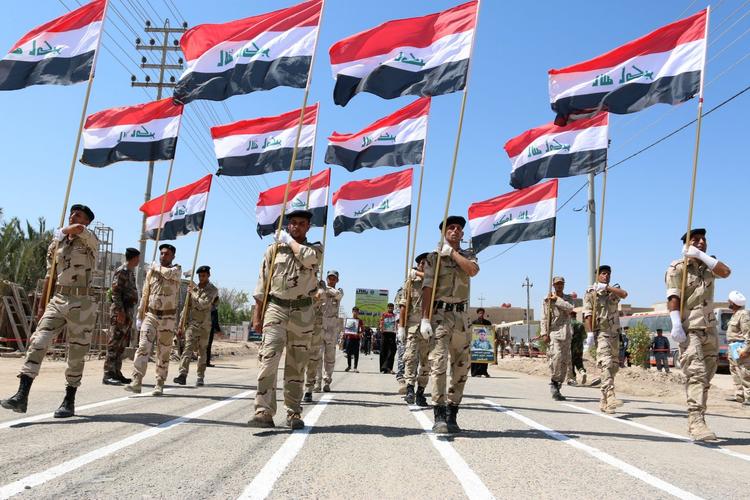 The coup-like atmosphere created by Nouri al-Maliki’s stationing of his troops at the Green Zone, checkpoints and bridges in Baghdad on late Sunday backfired on him with Iraq’s parliamentarians. Nearly half of the members of his Islamic Da`wa Party (Islamic Call or Mission Party) in parliament defected from him. Most of the other Shiites in parliament threw their vote to the new appointee, Haydar al-`Ibadi.

On Monday, President Fuad Massoum appointed Haydar al-`Ibadi as prime minister, and he has a month to form a government. Al-`Ibadi was born in 1952. He joined the Islamic Da’wa Party at the age of 15 and so has been a fundamentalist striving for an Islamic state all his life. He served in Paul Bremer’s Coalition Provisional Authority for a while after the revolution. But he grew dissatisfied with it and wanted an elected Iraqi government. He seems to be an Iraq patriot.

Al-Maliki blamed the move on the Americans, called it unconstitutional, and pledged to “correct” this step and to prove “victorious.”

In other words, al-Maliki is refusing to go quietly, and troops loyal to him are still mobilized around key points in Baghdad, the capital.

Sociologist Charles Tilly argued that revolutions are accompanied by a condition of dual sovereignty, that is, during a revolution two centers of political power emerge, which go on to have their troops fight for them on the battlefield.

At the moment, Iraq is certainly in a revolutionary situation, with four centers of sovereignty. These are

1. Nouri al-Maliki, who insists he is still prime minister

2. Haydar al-Abadi, the incoming PM according to some parties

3. The Kurdistan Republic of Massoud Barzani

The nomination of al-Abadi was greeted as good news by hard line cleric and champion of the poor, Muqtada al-Sadr.

The problems are just beginning. Al-Abadi is from the ruling “State of Law” coalition, the major component of which back al-Maliki. A party congress to undo the president’s appointment would be a major embarrassment.

On the other hand, if parliament gets to decide, there are almost certainly more votes for al-Abadi than al-Maliki there. The Supreme Islamic Council
of Iraq, led by Ammar al-Hakim, has swung to al-Abadi. Iran is also said to be pleased with al-Abadi.

Al-Abadi will also need the Kurdish vote. Fuad Massoum, who appointed him, is Kurdish. But there is some question about whether the Kurds will ever relinquish Kirkuk, which they seized last month. The Da’wa Party is a combination religious and nationalist power, so it wants a strong central government and would not want like the idea of ceding Kirkuk or acquiescing in Kurdistan independence. So even if al-Abadi can ally with the Kurds, there is likely still a blow-up to come down the road.

So al-Abadi has to first defeat al-Maliki, politically and militarily.

Then he likely has to ally with the Kurds against Cali Ibrahim and try to get back Sunni Iraq.

But then after that, he will likely come into conflict with the Kurds.

The war is by no means over.

VOA: “Can Abadi form a workable government for Iraq?”