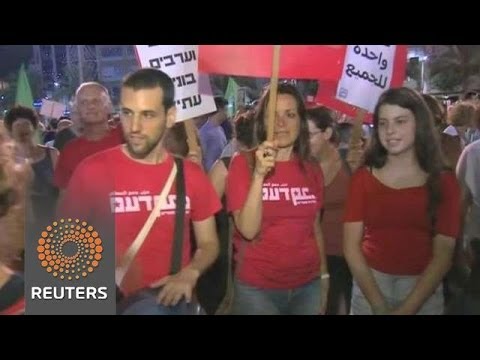 “Anti-war demonstrators protest against the war in Gaza at a rally in Tel Aviv’s Rabin Square. Rough Cut” – Largest anti-war rally since attack on Gaza began in July.

For an idea what is driving the protesters, from Meretz and Jewish Voice for Peace, see Social TV, “I Refuse,” by Udi Segal”:

“Udi Segal, from Kibbutz Tuval in the north, is one of the of the signatories of the new “letter of conscientious objectors 2014″. On Monday he is about to 28.7.14 report to the recruiting center and refuse to join the army. Here is his declaration of refusal.”

SocialTV:
I Refuse by Udi Segal