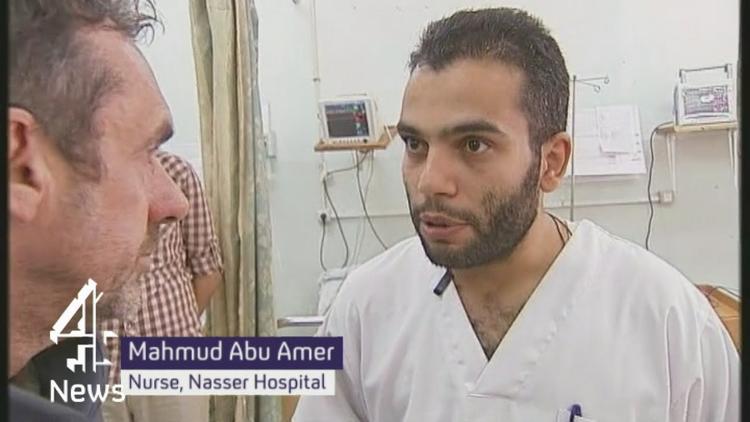 Channel 4 News: “Paul Mason meets some of the victims of the latest shelling in Gaza, including a two-year-old child, as the outside of a UN school in Rafah is hit. The UN says the strike is a ‘criminal act’ and ‘the madness must stop’.”

Channel 4 News: ‘This madness must stop’ – inside the hospitals of Gaza

This is how the United Nations Relief and Works Agency described Rafah before it was targeted this weekend by the Israeli military for massive assault. Note that the people in Rafah were chased into the camp in 1948 by Israeli fanatics who deliberately ethnically cleansed them from the towns and villages of what is now southern Israel. All these decades later, the Israelis are still after them, subjecting their schools and hospitals to bombardment. Some of the schools had to be constructed from shipping containers because the Israelis won’t let in building materials. Bombing the schools therefore means bombing extremely flimsy structures.

“Rafah camp, established in 1949, is located in the south of Gaza, near the Egyptian border. In the year after Rafah camp was created, thousands of refugees moved from the camp to a nearby housing project at Tel El-Sultan, making the camp almost indistinguishable from the adjacent city.

Originally home to 41,000 refugees who had fled from the hostilities of the 1948 war, Rafah is now home to more than 104,000 refugees. High population density is a major problem, with people living in crowded shelters along extremely narrow streets.

The blockade on Gaza has made life more difficult for many refugees in the camp. However, since the “adjustment” to the blockade, Gaza witnessed a construction boom due to the illegal materials entering Gaza through the tunnels with Egypt enriching some people in the camp.

However, unemployment levels remain very high, leaving a staggering proportion of the population dependent on UNRWA’s food and cash assistance. Basic hygiene is also of great concern in the camp, where 90 per cent of the water is unfit for human consumption.

Export of carnations was a key element of the Rafah economy before the blockade. However, since the start of the blockade in June 2007, only a small number of truckloads of carnations have been permitted to be exported from Gaza.

With a school population that increases by an average of 10,000 children per year and a ban on legal building materials for schools, UNRWA had to find urgent solution to accommodate students. One solution was to have some classes held in the school yard.

In Rafah, a school was built from shipping containers. Each of 15 classrooms is made from two containers welded together, with a door and windows cut out. For the school’s 453 students, the hot months are extremely hot and the rainy months are very cold due to a lack of ventilation and insulation in the steel containers.

Programmes in the camp