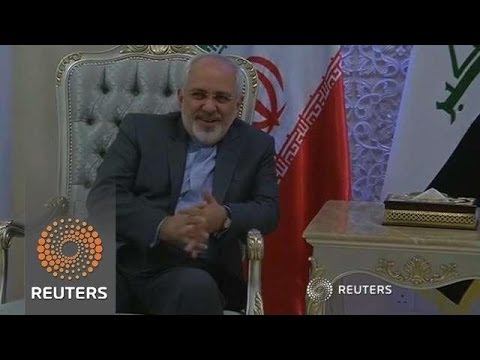 ISIS’s meteoric rise to prominence has brought renewed attention on Iraq’s Sunni population and their relationship with radical forms of extremism. Outside of Iraq, the condemnations of ISIS have been frequent. In light of its recent media notoriety, dozens of governments and institutions within the Islamic world have spoken out against the group, declaring its actions un-Islamic. This past Saturday the Egyptian Dar al-Ifta condemned ISIS in a fatwa, adding that the term “Islamic State” was inappropriate for the group and it should be called the ‘al-Qaeda State in Iraq and Syria’ or QSIS instead.

While the outcry has been forthcoming from Islamic organizations worldwide, it has been asked (most prominently by Robert Fisk in The Independent), what to make of the tens of thousands of Sunni Muslims living under ISIS’s rule in Iraq? If ISIS is so repugnant, this line of thinking goes, why do they stay? By choosing to remain within the group’s territory, are they not granting their acceptance of ISIS and its legitimacy? If they shared the outrage toward ISIS’s practices, its treatment of Christians, Shiites and Yazidis especially, shouldn’t they flee its control?

While it is hard to imagine such an argument being made about other subjects of extremist regimes—I doubt Fisk believes that all Italians who lived under Mussolini were fascists—this stance more importantly ignores significant issues that face Iraq’s Sunni population.

The question of Sunnis’ fleeing ISIS territory is hardly straightforward. Where exactly should they go? Existing sectarian tensions with Iraq’s Shiite majority have by all accounts have only worsened with the ISIS offensive. Many Shiites view even moderate Sunnis as ISIS sympathizers. This hostility is heightened on the frontlines against ISIS forces: on Friday, members of a Shiite militia tasked with finding suspected ISIS members by Iraqi police opened fire into a Sunni mosque in Baquba, killing at least 60. (Two bombings over the weekend are thought to be in reprisal.)

Diyala province, where Baquba is located, is home to the current eastern boundary separating ISIS territory from Iraqi state control, marked by a seven-foot-tall berm cutting across the landscape. The boundary is patrolled primarily by Shiite militias, supported by Baghdad and Tehran, whose members see little distinction between ISIS and the Sunni population. As Ghaith Abdul-Ahad reports in The Guardian, these militias have kidnapped and executed residents of Sunni villages in retribution for losses suffered against ISIS fighters.

Any Iraqi Sunni fleeing ISIS territory would have to cross this boundary, or one similar, to an uncertain fate. (Indeed, Refugees International, in an open letter to Secretary of State Kerry, noted instances of refugees from ISIS “being prevented from reaching safer areas” of the country and subjected to “human rights violations” by the Iraqi military and associated militias.) The situation is hardly better in a refugee camp. Recent estimates put the total of Iraqi refugees (i.e. not counting Syrians) in Iraq at 2.8 million, and the UN High Commission on Refugees has described the condition of the internally displaced as dire, with shortages in essential services and lack of sufficient infrastructure from the government for dealing with the situation.

Moderate Sunnis are this left with few good options for removing themselves from ISIS control, a choice that is itself complicated by the circumstances on the ground. Having established the ‘caliphate’, ISIS has made efforts to establish stable governance within its territory, which has been lacking in many Sunni-majority areas of the country. These regions have been politically and economically marginalized by the Shiite-dominated government in Baghdad, and ISIS has been able take control largely within these neglected areas by offering civil services and a degree of institutional order. However horrific its methods, Yale political scientist Stathis Kalyvas has argued that ISIS utilizes violence among the Sunni population in a controlled way that is politically effective and limits the possibly of a popular backlash. Given the often-indiscriminate attacks by Shiite militias, a moderate Sunni might well consider remaining under ISIS control a pragmatic alternative.

Iraqis Sunnis who have no love for ISIS’s ideology or tactics are faced with a brutal calculus in which the threat of sectarian violence, the poor infrastructure for refugees and the lack of government services and support leave few good options. This speaks to the truly dire circumstances within Iraq, where moderate Sunnis find themselves stuck between several rocks and an assortment of hard places. Fleeing ISIS might make sense in principle, but not necessarily in practice. To blame them for failing to do so, to condemn them as tacit collaborators, is to ignore the immense human toll wrought by this crisis and the pragmatic compromises it has necessitated. The political struggle against ISIS is far better served by offering Iraq’s Sunnis viable alternatives than by expecting them to act irrationally and then criticizing them when they don’t.

Nathan Spannaus is a postdoctoral researcher in Islamic Studies at Oxford University, and a graduate of McGill University’s Institute of Islamic Studies and Harvard’s Department of Near Eastern Languages and Civilizations. He has published articles in The Muslim World, Islamic Law and Society, Arabica (forthcoming), and the Oxford Handbook of Islamic Theology. Much of my current research is focused on Islamism and its place in Muslim society for a larger project entitled “Changing Structures of Islamic Authority”.