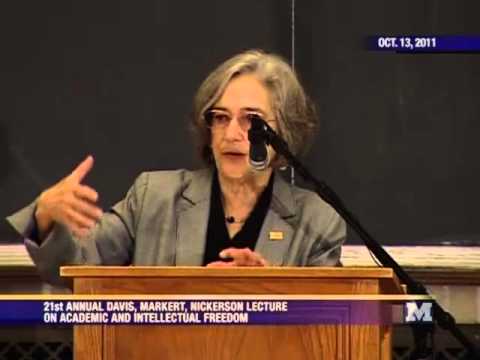 Note by Juan Cole: In the early 1950s, under the influence of Sen. Joseph McCarthy (R-WI), a national witch hunt was conducted for leftists. McCarthy claimed to have a list of 100 Soviet moles in the State Department. Even former members of the Communist Party, which had been popular in the 1930s Great Depression before Stalin’s crimes were recognized, and which was part of the formal US alliance against the Axis in World War II, were suddenly put under scrutiny. Running against secret Communists or alleged covert socialists became common in politics (a slimy sociopath named Richard Nixon got his start in Congress that way). Screen writers in Hollywood were fired, names taken off the films, and made non-persons. No actual crime had to be alleged or proven– people were punished and ostracized, essentially for thought crimes. These techniques of intellectual bullying and intimidation, supposedly on national security grounds, were intended by many of their proponents to roll back the New Deal reforms that made a decent life possible for working people and to make criticism of the absolute property prerogatives of corporations and the very wealthy illegal. Many of our social pathologies in the 21st century are rooted in the success of this inquisitorial drive. At the University of Michigan, there is still an annual lecture, the Academic Freedom Fund, in honor of three University of Michigan professors who were fired or suspended for refusing to testify to a visiting delegation from the House Un-American Activities Committee. One of those summarily fired was a mathematician, Chandler Davis, who emigrated to Canada. Professor Davis, still feisty in his late 80’s, has just written a personal letter to University of Illinois Chancellor Phyllis Wise urging her to rescind the firing of Professor Steven Salaita, a specialist in Native American Studies, for his trenchant criticisms of Israeli government policy toward the Palestinians of the Gaza Strip. When I first wrote him suggesting I reprint the letter, in his gentlemanly way he said it was a letter to Chancellor Wise and he preferred not. Then it got out on the internet anyway, and he relented.

I write from a rich experience of attacks on academic freedom; I have seen the damage that enforcing conformity can do to intellectual life. Among the victims was myself. My expulsion from American academe in 1954 has been thoroughly refuted by history, so that I speak not with the bitterness of any unresolved grievance, but with the immediacy that personal memory gives.

When anti-segregationists were expelled, when socialists were expelled, the damage was dire for the victims, but dire also for the whole community. Today, we have our work cut out for us to defeat real anti-Semitism and real bigotry of all sorts. I am heartsick to see your office betray the struggle by joining the attack on Professor Steven Salaita.

Of course some sufficiently strong partisans of the Israeli government are sorry to hear his criticism, and might deplore his presence on your faculty. You are not obliged to bow to them. They are asking you to violate the security of an academic position– in this case, a position firmly promised though not yet taken up. Even if you could justify breaking your University’s commitment to Prof. Salaita –which you can not– you should reject with indignation the calls to wrench him from the community. He is an active opponent of anti-Semitism and other bigotry, as you must know from his writings. We need him by our side.