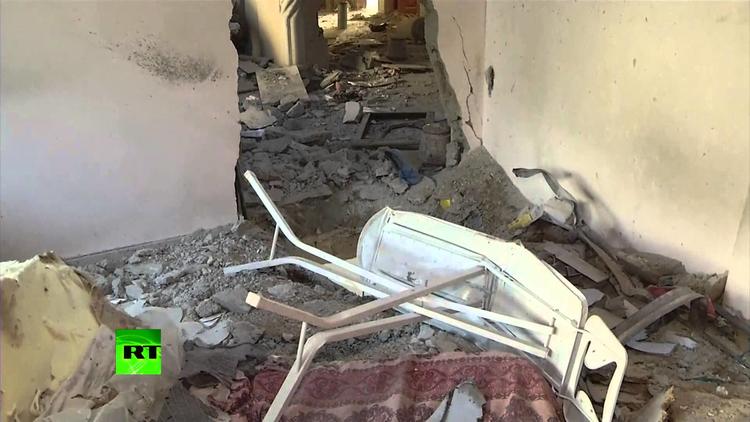 As a tenuous ceasefire takes hold, the besieged Gaza strip must contend with the path of death and destruction left by Israel’s month-long military assault, including 1,939 Palestinian lives lost, 9,886 wounded, over 200,000 displaced, and more than 10,000 Palestinian housing units severely damaged or completely ruined.

Israeli critics of the “Operation Protective Edge” and occupation say the attacks have also unleashed a fury of pro-war, ultra-nationalist sentiment within Israel, escalating intimidation and violence towards those who dissent: from the firing of journalists to the beating of protesters to the harassment of Palestinian citizens of Israel.

“There has been a feeling in the air: it is dangerous to be outspoken against the war,” said Haggai Matar, an Israeli journalist for +972 Magazine and a longtime activist against the occupation, speaking over the phone with Common Dreams from Tel Aviv.

Targeted for Being Palestinian in Israel

Mass protests throughout the West Bank against Israel’s attacks on Gaza have been met with severe Israeli repression, with at least three Palestinians killed by Israeli fire. The Alternative Information Center recently reported that over the past month, “more than 450 Palestinians from East Jerusalem have been detained in protests, and over 150 indictments have been filed.” The killings and arrests are in keeping with a well-documented history of Israel’s deadly attacks on Palestinian protests.

Palestinian citizens of Israel, who comprise 20 percent of Israel’s population, already face second-class status in their own society, including legal discrimination, home demolitions, detentions without due process, and more.

Recent weeks have seen an uptick in repressive measures targeting this population. Foreign Minister Avigdor Lieberman recently called for an economic boycott of businesses owned by Palestinian citizens of Israel who participated in a late-July general strike to show their solidarity with Gaza during the bombings. Numerous initiatives to monitor the online activities of Palestinians have sprung up on Facebook, under names like “Concentrating those who wish to destroy Israel.” According to the Christian Science Monitor, these networks then inform employers and school officials of alleged activity.

And there are numerous reports of increased incidents of harassment and attacks of Palestinians in Israel for just walking down the street.

“There is an enhanced environment of intimidation for everyone who opposes what the government is doing. It is doubly and triply bad for Palestinian Israelis and Palestinians in East Jerusalem,” Sydney Levy, advocacy director for Jewish Voice for Peace, told Common Dreams. “Israeli peace activists face harassment because of their views. Palestinians who are citizens of Israel face harassment for just being Palestinians.”

Not Safe to Protest

The past month has also seen an escalation of ultra-nationalist mob attacks on anti-war protesters—including Israeli Jews. On July 12, a mob of right-wing counter-protesters descended on an anti-war protest in Tel Aviv. “When the sirens went off due to incoming rockets, the police ran away and right-wingers began attacking people,” said Matar. “Some were severely beaten.” He added that the attackers shouted ‘death to Arabs,’ as well as for the deaths of the protesters.

The attacks continued from there. “After each protest, when people were dispersing, they were followed in the street and beaten up in the alley or parking lot, and in one case a person got home and was attacked in stairway going to his house,” said Matar.

An anti-war protest in Haifa on July 19, organized by the socialist political alliance Hadash—the only joint Palestinian-Jewish party in Israel—was met with a massive counter protest that “formed a circle around where the demonstration took place,” said Matar. “People who got there late were beaten up for saying they were going. People were beaten up for being Arab. People were chased through the streets.” Haifa Mayor Yona Yahav joined in the incitement, declaring, “Haifa refuses to be a hotspot for protests and provocations. Anyone interested in protesting against the global situation of the Middle East should go elsewhere and to the halls of government, not in our city.”

Israeli writer Leanne Gale describes her experience as the target of anti-leftist sentiment infused with misogyny, including gendered insults and non-consensual physical touching and aggression that she personally experienced in Jerusalem, as well as run-ins with the group Lehava—which works to prevent ‘intermarriages’ between Jews and Palestinians.

“Reporters and news outlets, even those who dare be critical in other times, all quickly line up with the governmental line saying that it is to be expected to have political disagreements, but criticizing the military is not legitimate,” writes Sahar Verdi, Israeli activist and staffer for the American Friends Service Committee who served three prison sentences for draft refusal.

Journalists deemed critical of the war have faced job termination and censure. Prominent Israeli journalist Gideon Levy, who has criticized the “dehumanization and demonization of the Palestinians,” hired a personal bodyguard after being attacked while broadcasting live from Ashkelon. Israeli Knesset member Yariv Levin, chair of the Likud-Beytenu coalition, recently called for Levy to stand trial for treason—a charge that, during war, carries a death sentence.

Knesset member Haneen Zoabi—a Palestinian citizen of Israel—has been suspended from most parliamentary activities for six months due to a statement she made about the still-unidentified kidnappers of three Israeli teen residents of West Bank settlements who were found dead in June. She said of the kidnappers, “they are people who see no other way to change their reality, so they are forced to use these means…at least until Israel wises up, and until Israeli society opens up and feels the pain of the other.”

Meanwhile, numerous Knesset members calling for the ethnic cleansing of Gaza and murder of Palestinian civilians have faced no formal censure from within Israeli government or the U.S. This includes Knesset Member Moshe Feiglin from the Likud party who called in late July for the “conquest of Gaza” and “elimination of all armed enemies from Gaza.”

Bar-Ilan University professor Mordechai Kedar stated in July on an Israeli radio program that to stop the “terrorists” it is necessary to rape their “sister or their mother.”

Refusal from Within the Army

“We support anyone who refuses,” said Yotam Gidron, a 24-year-old Israeli reservist who co-organized and signed an open letter published in late July, along with over 50 other reservists, declaring their refusal to serve due to ethical objections to the military’s actions. Despite a climate in which opponents of war are “regarded as traitors,” Gidron explained to Common Dreams that an even greater number of reservists are quietly dodging their service through “grey” refusal.

As Dahlia Scheindlin reports in +972 Magazine, motives for resistance range from the personal to the political, and of reservists who have openly refused orders to serve in Operation Protective Edge, some have fled the country, while others faced prison time.

Military resistance in Israel dates back to at least 1970, when a group of students declared their refusal of the draft in an open letter to then-Prime Minister Golda Meir. Annual waves of conscientious objection include Jewish Israeli high school seniors, as well as resisters from the Druze religious community — a conscientious objection movement that is reportedly growing, as well as ultra-orthodox draft refusers.

The joint letter of reservist refusal adds to this legacy by declaring that all military positions, whether combat or administrative roles, contribute to the ongoing occupation.

Yael Even Or, one of the letter’s signatories and organizers, wrote in the Washington Post, “[A]lthough combat soldiers are generally the ones prosecuting today’s war, their work would not be possible without the many administrative roles in which most of us served. So if there is a reason to oppose combat operations in Gaza, there is also a reason to oppose the Israeli military apparatus as a whole.”

“If you oppose the war now you are regarded as a traitor,” said Gidron. “It has been like that every time Israel went to war, but it is worse this time.”

Despite the stifling climate, protests continue across Israel. On August 9th, approximately 500 people filled Tel Aviv’s Rabin Square to protest the war on Gaza, defying a police ban on such gatherings. “Because what is going on in Gaza is so bad, people [in Israel] continue to go into street,” said Matar. “It is not that people are completely silent.”

As global momentum for Boycott, Divestment, and Sanction on Israel grows around the world, following a recent call from Palestinian civil society for a renewed push in the wake of Israel’s assault on Gaza, Israelis are legally prohibited from joining in BDS efforts, thanks to a law passed by the Israeli government in 2011 that makes it illegal for citizens of Israel to join in the economic, cultural or academic boycotts on the basis of linkage to Israel. This was despite fierce opposition to the prohibition from within Israel.

Organizers urge that, given Israel’s repressive climate, pressure from the outside is critical.

Said Matar, “The main thing to remember for [U.S.] citizens is that most Israeli wars are funded by U.S. tax dollars and weapons. I think damage in Gaza is something that you should be considering. Why you would be willing to go on supporting Israeli policies?”

“Western governments should be flooded with calls for an arms embargo on Israel, Israeli citizen Ofer Neiman writes for the Alternative Information Center. “Complicit companies, institutions and officials should be boycotted. Users of social media can stand up to Israel’s odious propaganda, which often portrays the state as a bastion of enlightenment in the middle of a jungle.”