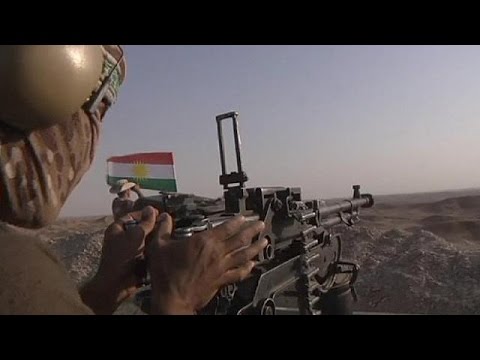 The Islamic State of Iraq and Syria (ISIS) has declared war on “kafirs.” According to most observers, this term as ISIS uses it refers to Christians, Yazidi, and Shia Muslims. But this is far more than a conflict that pits Muslim versus Yazidi or Christian, or even Sunni vs Shia. To cast this conflict in such simplistic terms fails to grasp the true nature of ISIS and the ideology that inflames their insurgency.

The violence committed by ISIS, which now styles itself the “Islamic State,” against Christians and the Yazidi people is atrocious and terrifying. However the violence of this insurgency is not limited only to those groups, but rather is directed at anyone whom they deem a kafir. Though some authors translate kafir as “infidel,” it is an insufficient translation that carries specific historical connotations. The word infidel is derived from the Latin “infidelis” which translates to “unfaithful” or “without faith.” It was used by Crusaders against Muslims or Saracens who they believed were godless or faithless. Kafir on the other hand in classical Arabic meant one who was ungrateful (i.e. for God’s bounties or his prophets). That is, the word is closer to “denier” and carries the connotation of someone who is offered the truth but rejects it, or who perverts it. The difference is nuanced, but important to understanding the mentality of a group like ISIS.

To such an organization, anyone who denies its brand of truth, or who rejects it is a kafir and this includes other Muslims, including Sunni Muslims. Condemning one’s putative coreligionists in this way is called takfir, which is the act of labeling someone a kafir. Traditionally among Sunni Muslims, the idea of takfir was highly controversial and contested. While some claim that only the learned ulema or scholars could effectively label one a kafir – — and only after certain legalistic requirements and then for the purpose of excommunication—- other Muslims completely reject the idea of takfir, claiming only God can know what is in one’s heart.

While the Sunni “big tent” tradition generally frowns on summary excommunication, there was one early Muslim tradition that was comfortable with the practice. The original takfiri were the Kharijites, a puritanical group who were considered heretics by mainstream Muslims and who eventually assassinated ‘Ali ibn Abi Talib, recognized by Sunnis as the fourth rightly-guided caliph. They were a radical sect outside the mainstream religion who believed that any who did not accept their strict interpretations of religion and truth were kafir. The takfiri specifically believed in violence against kafirs. The original people accused of being kafirs by the takfiri are other Muslims. An important point to remember.

Takfiri thought was promoted by some fringe figures who had an uneasy relationship to the mainstream Sunni tradition, including the medieval jurist Ibn Taymiyyah, the eighteenth-century preacher Muhammad ibn `Abd al-Wahhab in the Arabian peninsula, and the modern Egyptian radical ideologue, Sayyid Qutb (d. 1966). Grounded in extremist ideology and obsessed with notions of purging and purifying, the takfiri follow up their declarations with violent action. Takfiri violence is almost always directed first at other Muslims before expanding outwards. Take Muhammad ibn `Abd al-Wahhab for example, in the 18th century he dedicated his efforts to eradicating the mystical Sufis from Najd in what is now Saudi Arabia.

So what does all of this have to do with ISIS? It is from this background that ISIS is born. Like their ideological ancestors they are a takfiri sect who accuse others of being kafirs and who believe all kafirs should be put to death. They emerge out of the socio-political context of the Iraq War and capitalize on the resentment of post-war Iraq. The misguided U.S war has given new manifestation to an old ideology. Understanding this history and the relationship between the takfiri with mainstream Islam is important to understanding the thinking behind ISIS and how to deal with them. Their atrocities against the Yazidi people and Christians are part of a larger ideology of violence. While often cast in simplistic terms, the real conflict is a complex struggle between mainstream Islamic religion and a heretical ideology over who speaks for Islam.

This struggle is the very origin of the takfiri and ISIS is its latest manifestation. Due to the recent tragic events it is easy to forget that the first and earliest victims of ISIS were other Muslims. For the takfiri is at war with everyone and anyone who do not share their specific ideology. We must avoid framing this conflict in simple “us vs them” terms, or setting it up as Islam versus other religions. Ironically, this narrative plays into ISIS’ own underlying ideology. They represent a threat to all Iraqis. Born from an ideology of violence and an ancestry of heretics and extremists, their declared purpose is to fight anyone in their reach who does not fit into their ideology. For ISIS, it is them against all the kafirs which include mainstream Muslims.

Recognizing the danger ISIS poses to all Iraqis, regardless of creed, offers an opportunity to shift policy and tactics in Iraq. The only feasible way of dealing with ISIS is through a unified Iraq. It was, after all, the alienation of the Sunnis that originally gave fuel to this fire. We need to stop framing this war in terms of Sunni versus Shia or in terms of Muslim versus Christian/Yazidi and instead frame it as Iraqis versus radical takfiris. Let that translate into a policy that encourages reconciliation and unity to stand against the divisive and violent sword of ISIS.

Ali A. Olomi is a historian of the Middle East. He is currently pursuing a Ph.D. in Middle East studies at the University of California, Irvine.